Some metal work and planning for another building

We are still in the very early stages of the farm and tied up with a number of other things. Time is a bit limited but even a tiny bit here and there does move a project forward.

Today I had the opportunity to get rid of two metal posts that stuck out of the concrete floor in what I now call the workshop but used to be the pig loading and sorting area. 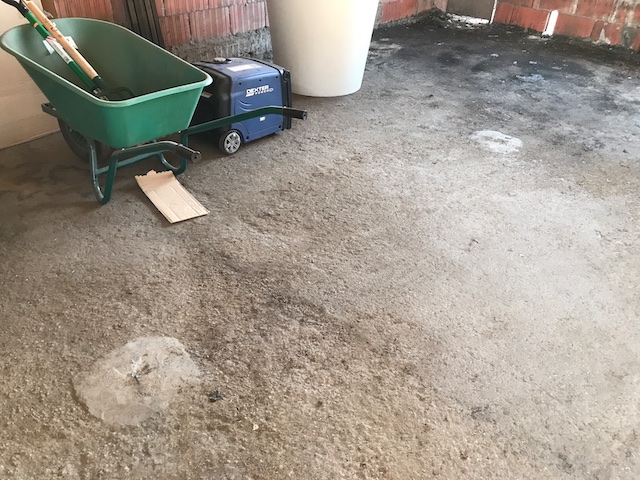 For the first time in my life I used an angle grinder to cut metal. It worked pretty well. I was surprised how easy and fast it cuts. In the future I would like to put a clean and even workshop floor in there. For now I can live with that: 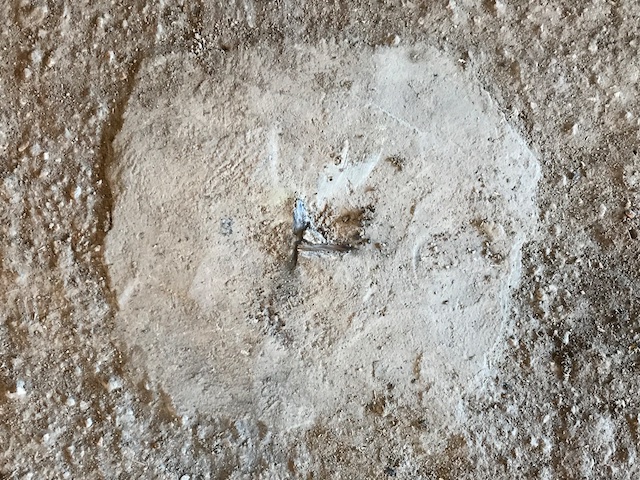 I’m using a DeWalt battery powered angle grinder. For all the work I will have to do I’ve decided to buy into DeWalt’s cordless tools with 56V batteries. I like the concept. One buys a number of tools and a number of batteries with chargers and can swap and mix as needed. I didn’t want to run a generator the whole time. With the battery powered tools I have no cord to watch out for and there is silence while I’m not using the tools. So far I purchased that angle grinder, a table saw and a telescopic chop/miter saw.

Before we had to leave I was able to cut a few pieces of square tubes. Out of these I’m building a rack for the back of our pickup truck to protect the cabin from the weight of long pieces of wood or other material. That type of rack is probably easily available from shops but as I have an American Ford F-150 there is no easy way to get such a rack here in Spain. So I’m building a simple one myself and get some practice in metalwork. 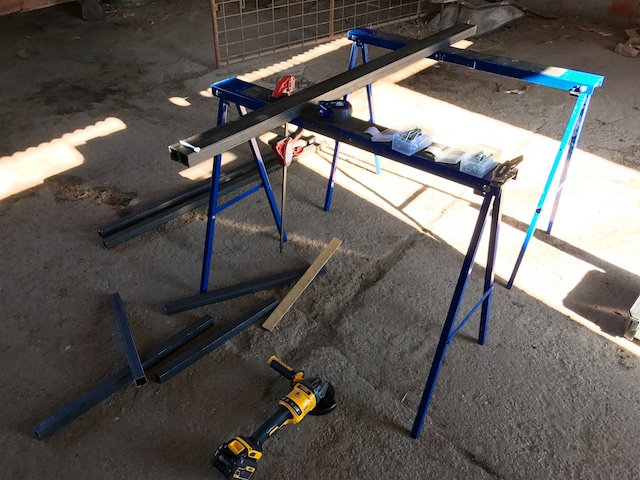 With so many of these farm things the journey is the gool as a farm is more a life style than anything else.

Reviewing the location for another building

Close to the existing buildings we want to construct another one that should allow us to be fulltime on the farm soon instead of visiting from an hours drive away. The existing buildings could be remodeled but despite their look from the outside they have very little space on the inside. Plus we have some other plans.

Initially we’ve toyed with the idea of setting up a yurt but discarded it by now. Yurts are not inexpensive and as we figured we would still require more “stuff” around it. So we thought: “why not build a small house and learn in the process how to do it?”. That knowledge might be useful later on.

The current idea is to put a smallish wooden building - might be called a cabin - in the spot marked in red:

The challenge with that are those boulders. If you refer to my post about planning the farm layout we want to have a horse trail on the perimeter. That trail would be to the right of the boulders and likely include a few to make it more interesting for the horses. It would also be nice to see them passing by when looking out a window or when sitting on the porch. There might be a front porch looking out towards the existing buildings. The horses would look around and go to the left behind the position I took the picture at.

After the rain it is beginning to become green again. The summer was long and dry with just a single rain shower within many months. 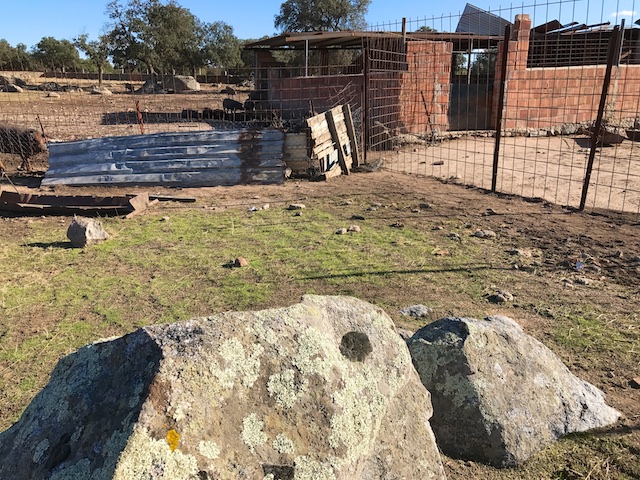 I hope to integrate the big boulder into the foundation of the house. The plan calls for a building that sits 1,50 m over the surface so that we can cover the rocks on that otherwise useless area. 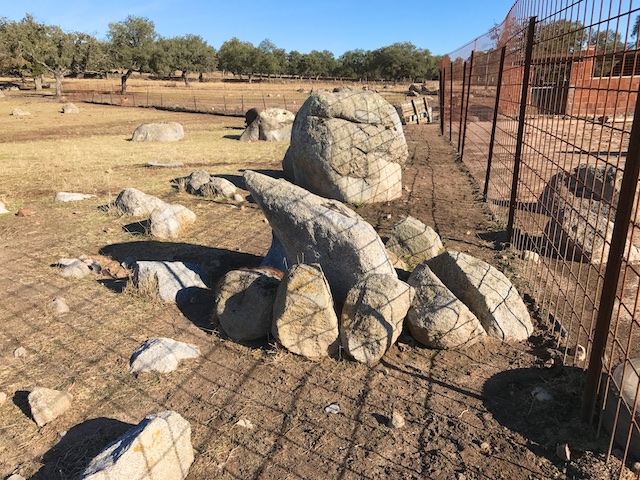