Decking for the subfloor

Since we received the first batch of construction material and began working over Christmas our subfloor has grown quite a bit and we have advanced to the decking. That will allow us to begin working on the walls soon.

About two weeks back we had this:

And then it grew to that:

The cows were enjoying the growing structure as well. If the cows were ours, we would have had set up appropriate fencing. As they are supposed to be taken away by the previous owner in a few days and are not doing anything bad we let them be and roam the place. Unlike pigs the cows are not trying to play with the material or rub against it.

With the frame finished we were able to begin putting on the decking. The black plywood is supposed to be waterresistant, which is important as we cannot work fast enough to avoid it getting wet. Even under a tarp the big difference in temperature between night and day causes a lot of humidity to condensate and the result is puddles of water under the tarp. It seems better to not worry about putting on a tarp but let it get wet and dry out in the sun again.

With the first line of decking installed it was also possible to put the chopsaw onto it and avoid the need for a second person to maintain the long boards (more than 5m) in position while the other cuts a piece off of it.

For the decking we are using nails instead of screws. The original plan was to use a nail gun but unfortunetely the nails for the gun have not yet arrived. Here in Spain and elsewhere in Europe a nail gun for long nails is not really common. So one cannot walk into the nearest hardware store and find the right type of nails. For some reason we’ve been waiting on the nails for almost two weeks by now.

We were able to buy a half package of nails in a home improvement store. There, they were looking at us like aliens from another planet. It appears to be very uncommon to purchase a larger quantity of nails. They didn’t have a full box in stock either. 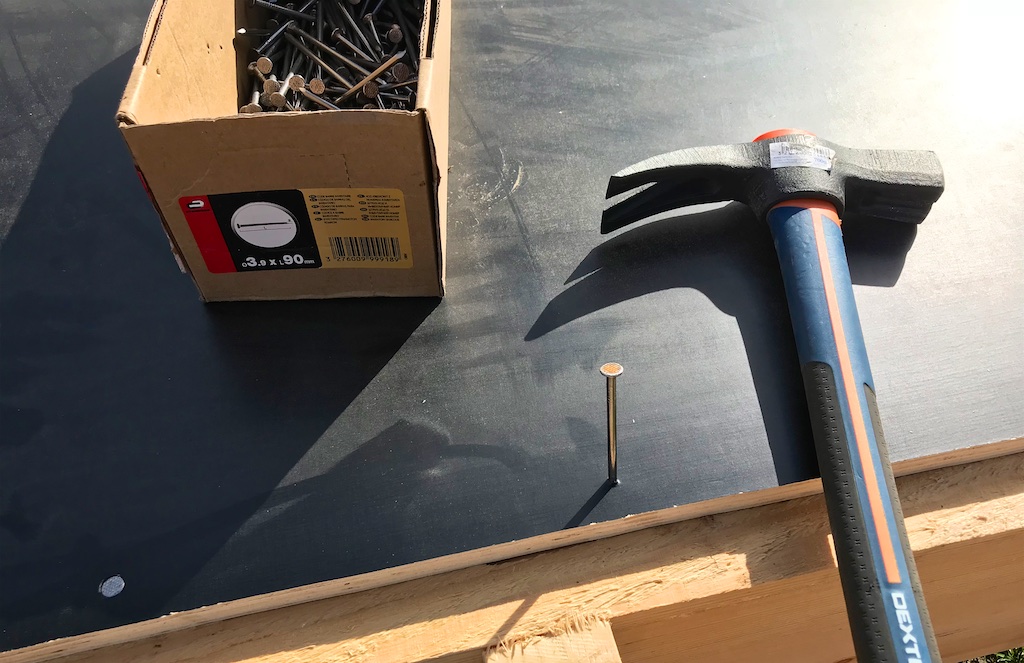 For each sheet of plywood (1,25 m x 2,50 m) we have floor joist underneath with a spacing of 62,5 cm on center. That creates this pattern of nail lines. 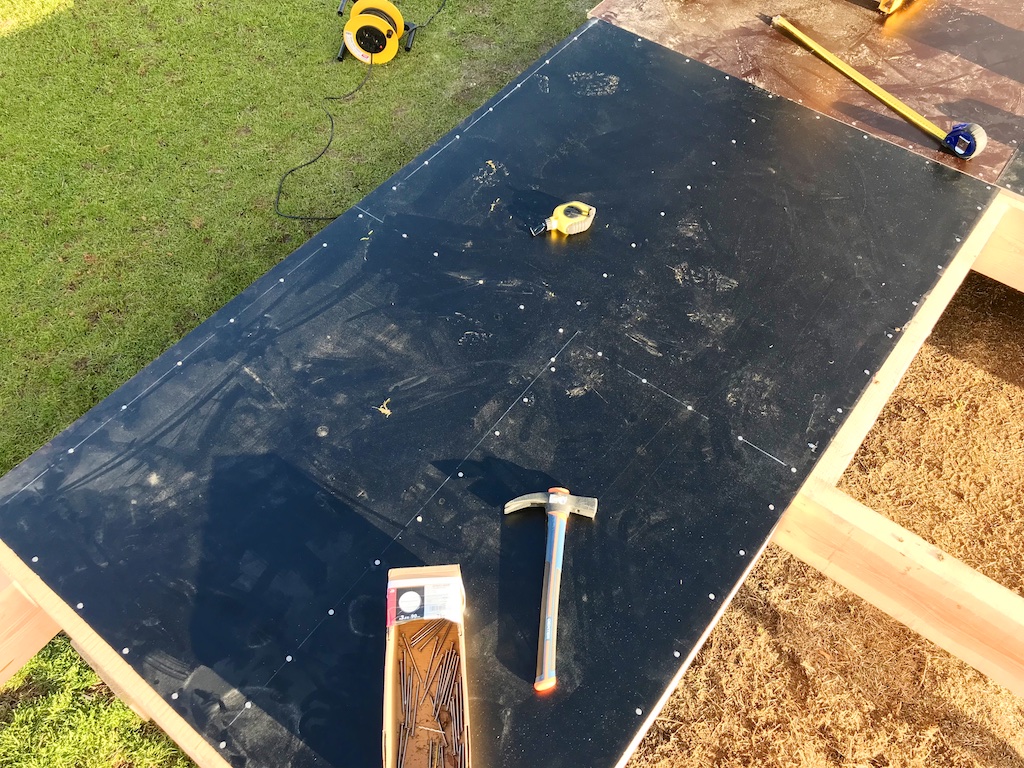 We then obtained quite a few more nails from the lumber yard and with now 12 kg of nails we should be good to go until the ones for the nail gun arrive. I don’t mind to swing the hammer. Doing so creates a nice sensation of work done in the evening :-) 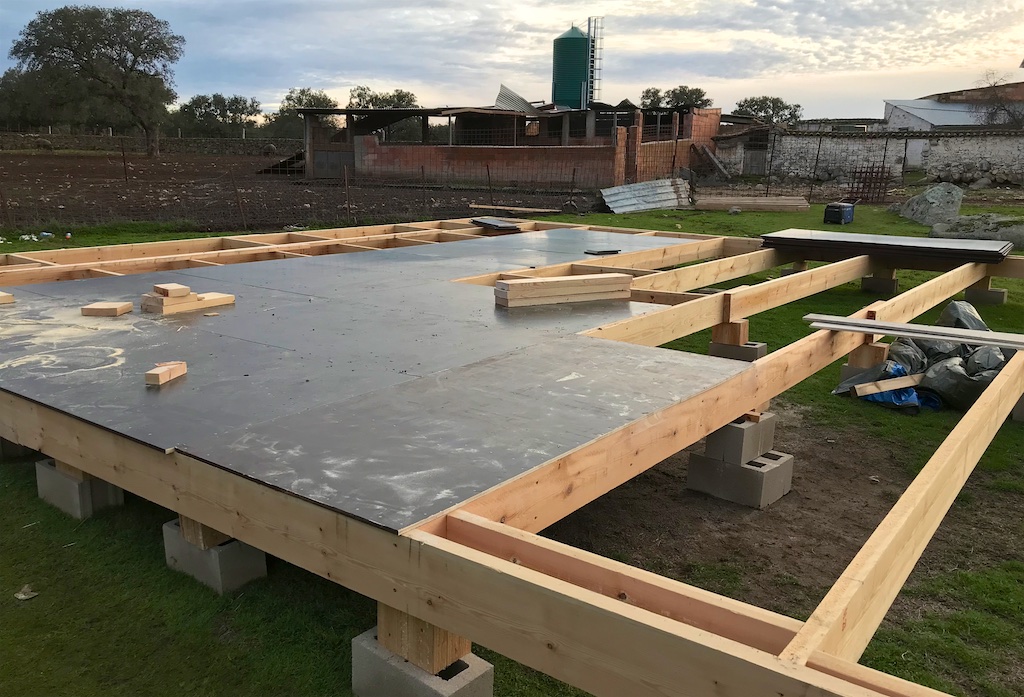 The progress is a bit slow due to the fact that we have to drive back and forth for almost two hours. It’s also easy to underestimate the time required to get all the tools out of storage and set everything up. We are in the mediterranean winter now which means we have quite a bit of rain. That is good and important as it won’t rain at all for most of the time until the next winter. However, it creates muddy conditions and slows down the building progress a bit.

In the end none of that really matters. The whole point of building this structure is to have a temporary place for being there while we design and build the rest of the infrastructure. We will soon kind of camping out on the farm and then progress into living there for real.