We got four Merino sheep

Triggered by the abundance of gras that suddenly showed up in May, we went to one of our neighbors and bought four sheep. They are Merino and native to Spain. We were hoping to acquire adult animals but ended up with four lams. 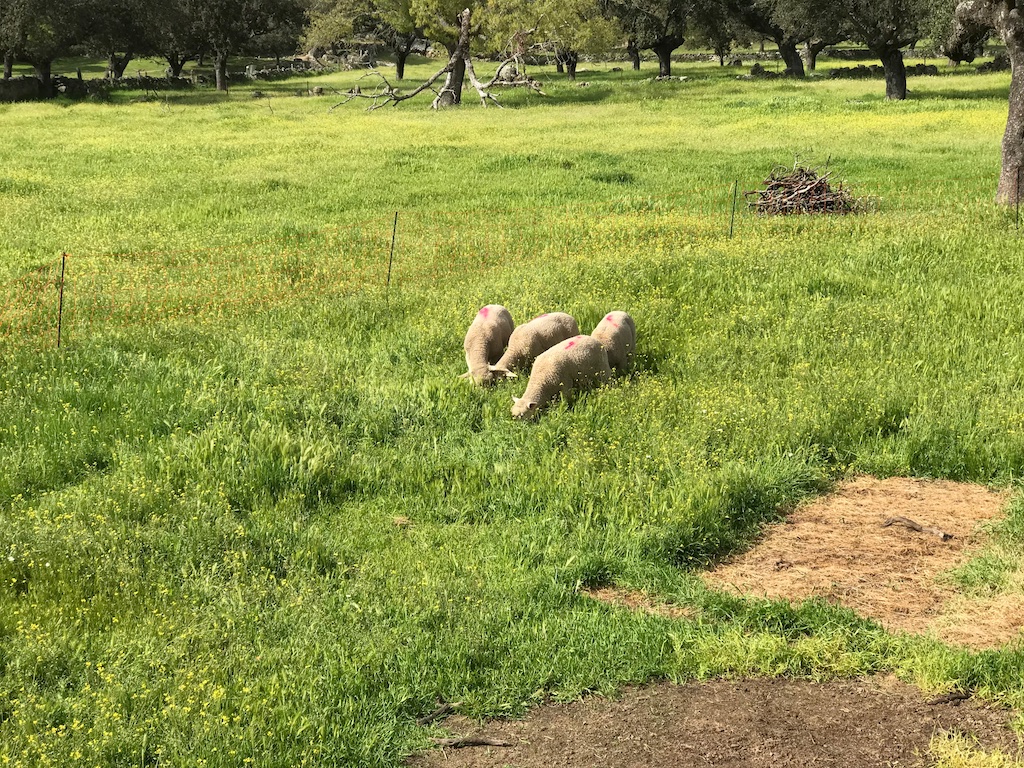 We observed that they were not finding or not interested in the water that we provided them. So Juan set out to catch one and show the sheep the water. 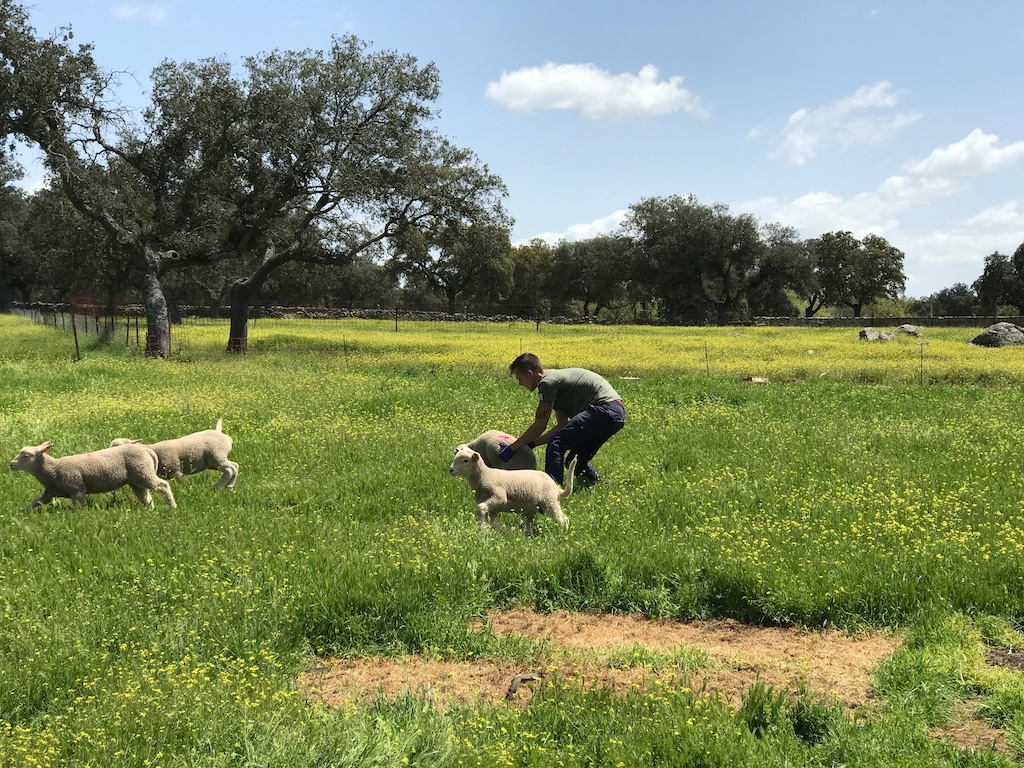 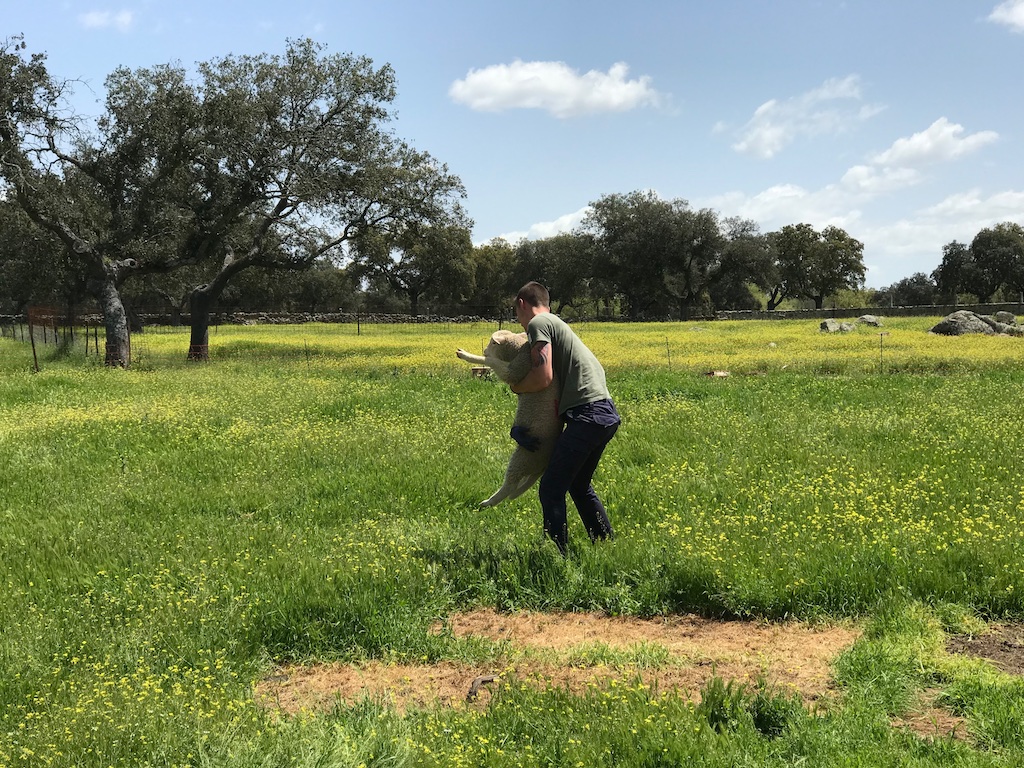 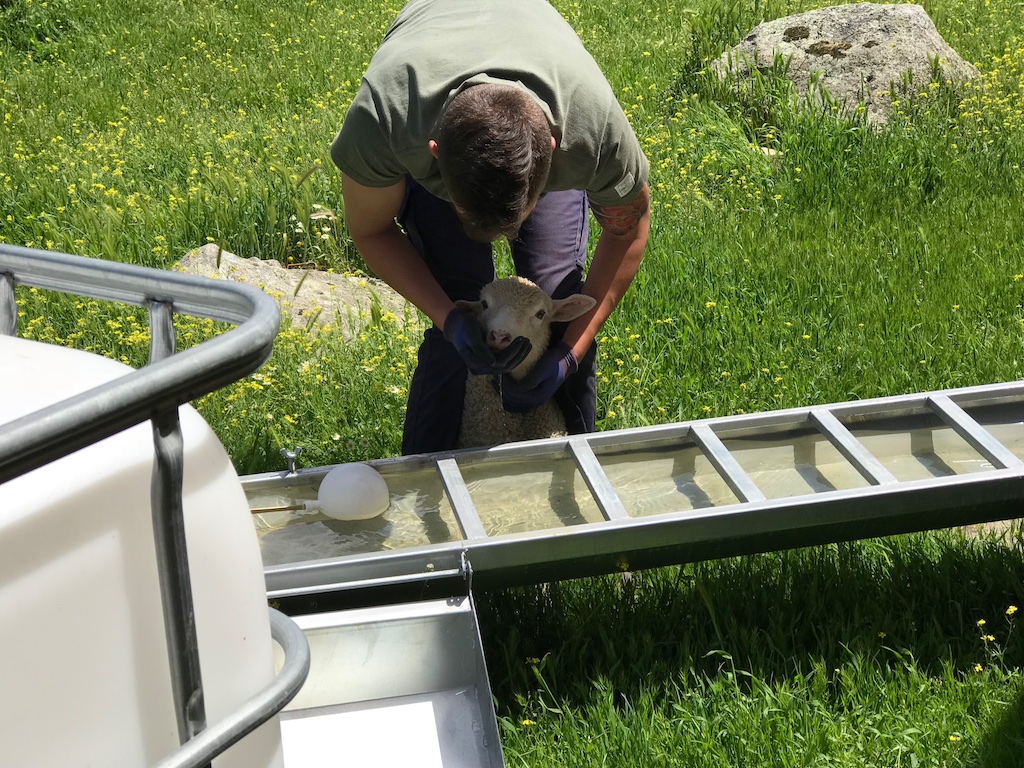 Now that one sheep has the knowledge about the water the others followed the example and had a drink themselves. 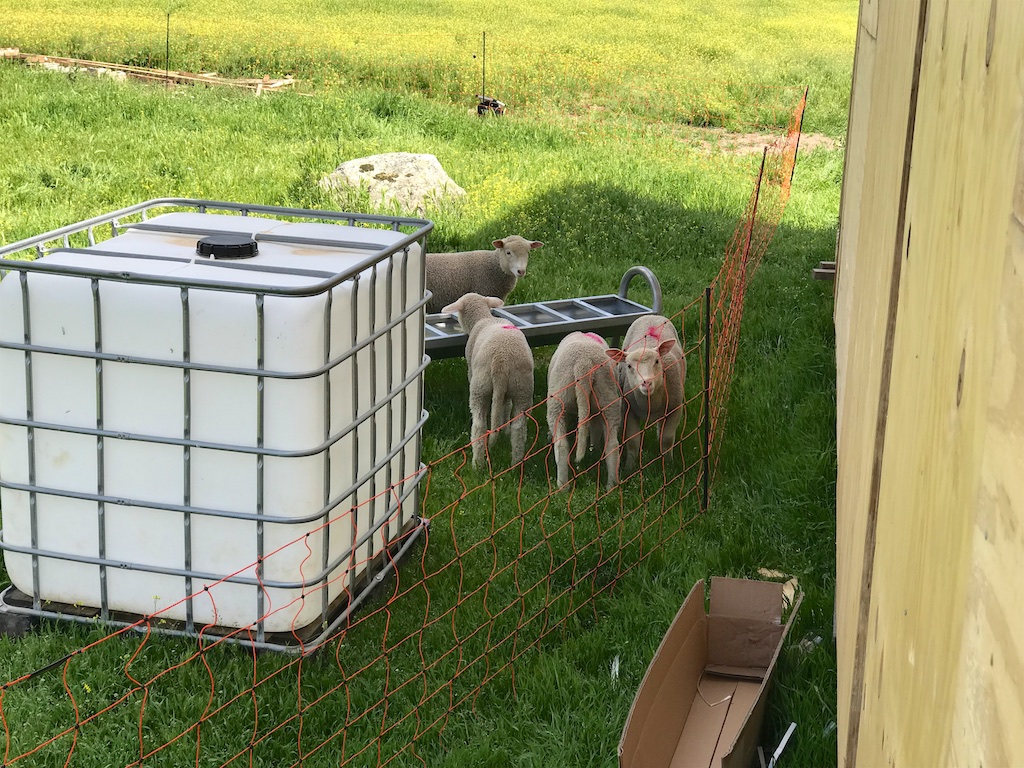 We had them for the first day in a place guarded by an electric sheep net. The next day we set out to put up a few fence posts and build something more stable for times when the electric net is not suitable. 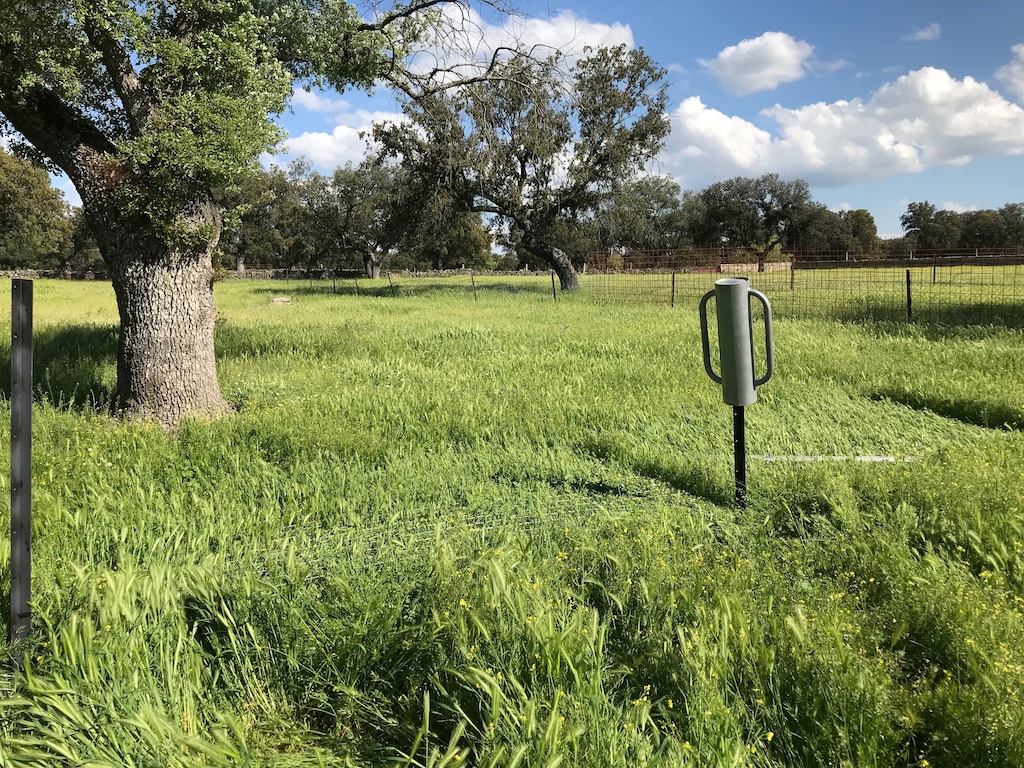 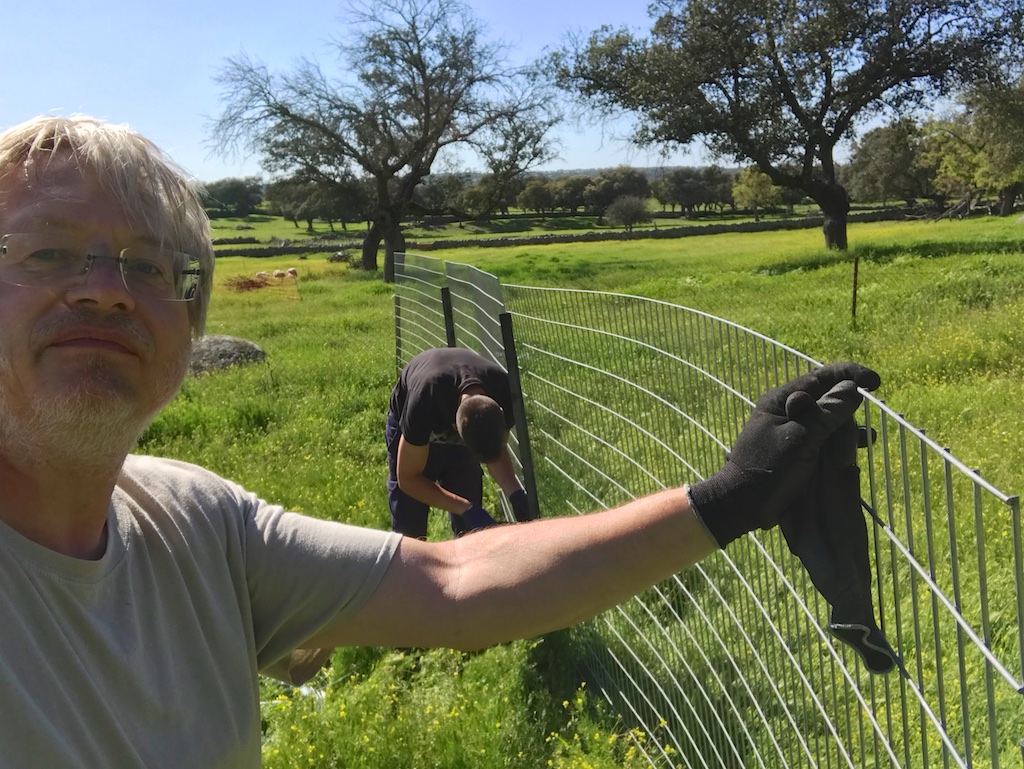 While we worked nearby the lams were enjoying the fresh gras with their noses deep into the foliage. 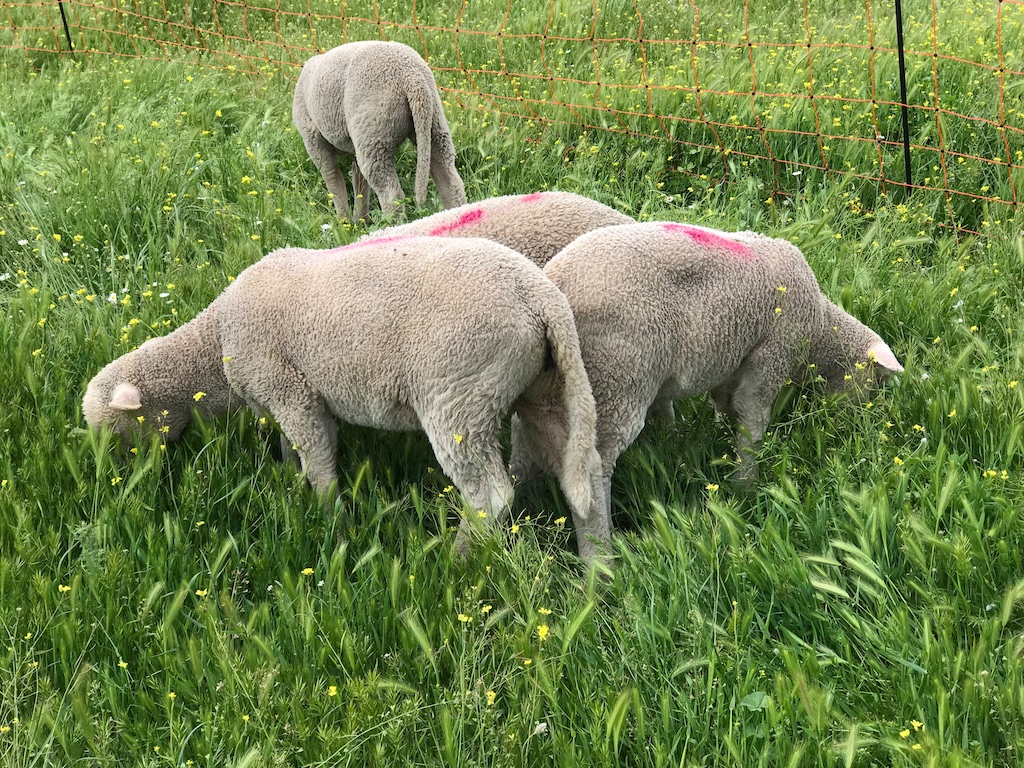 After a while we had a corral for the sheep, a waterer and a water tank inside and even a door. 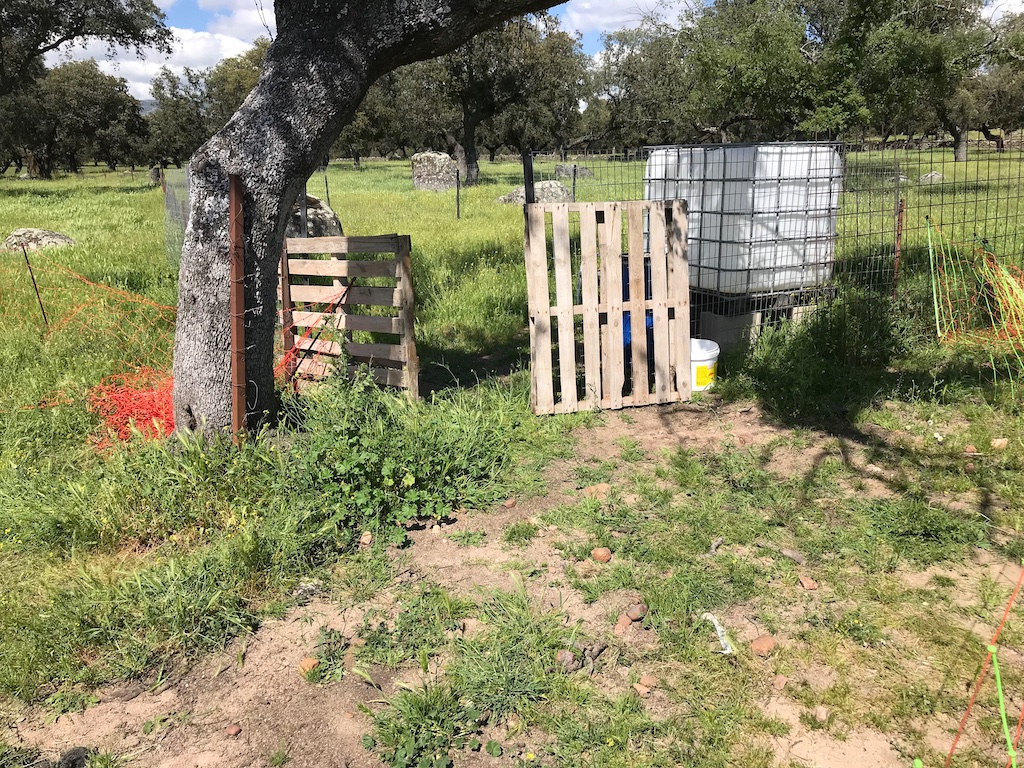 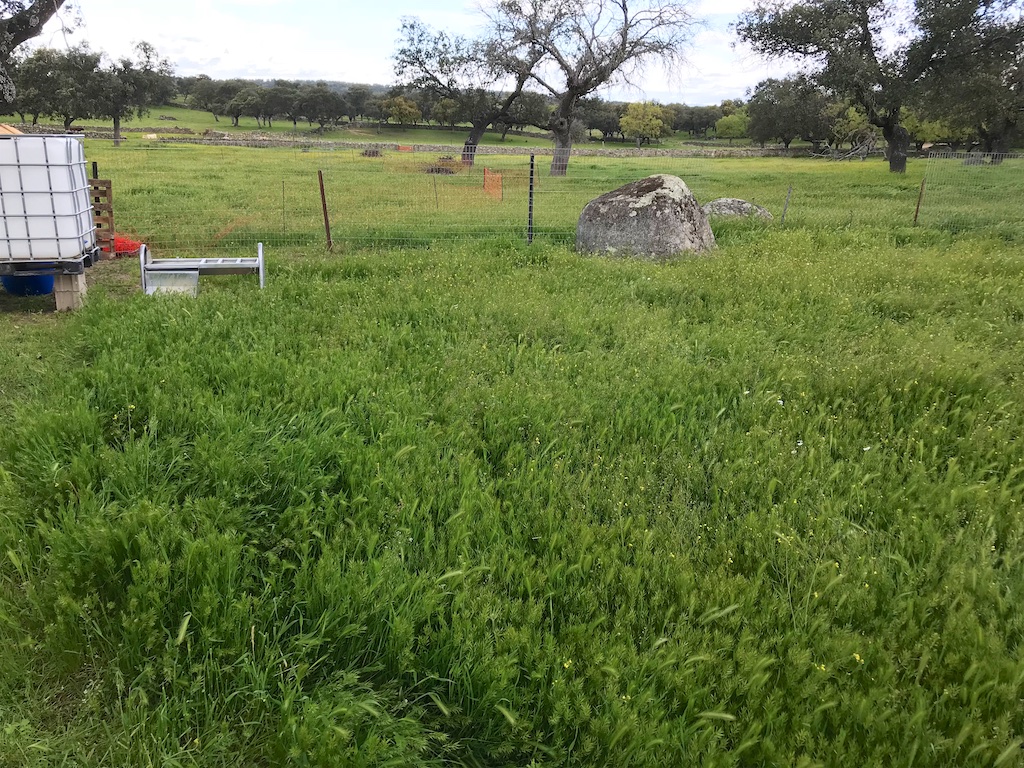 At this point the plan was to have them within the area enclosed by the electric net during the day and at night in the corral.

Now at the end of June, as I write this, the gras has dried quite a bit and we decided to make a few modifications to give them a much wider area.