We got cows for the farm

By the end of June we got our own cows. Before we had been doing a mob grazing experiment together with our neighbor and now decided to buy twenty of his new calfs once they have been weaned and are ready to live on their own.

The calfs are a mix of Limousin and Charolais breeds.

Delivery was done in two trailers. Here is a video of the unloading:

However, some of these calfs wanted to go back to mama. Here you can see how these kids get their will:

The stone wall separates two parts of our farm. In the beginning I thought we will find them later in the upper pasture. It turned out that they did find a hole in the perimeter fence and actually did go back to where they were born.

They were detected there and stayed a few days while we fixed the fencing and made it more kid proof. There were adult cows on the property before we bought it. That made us believe the fencing were good enough. Now we know better :-) 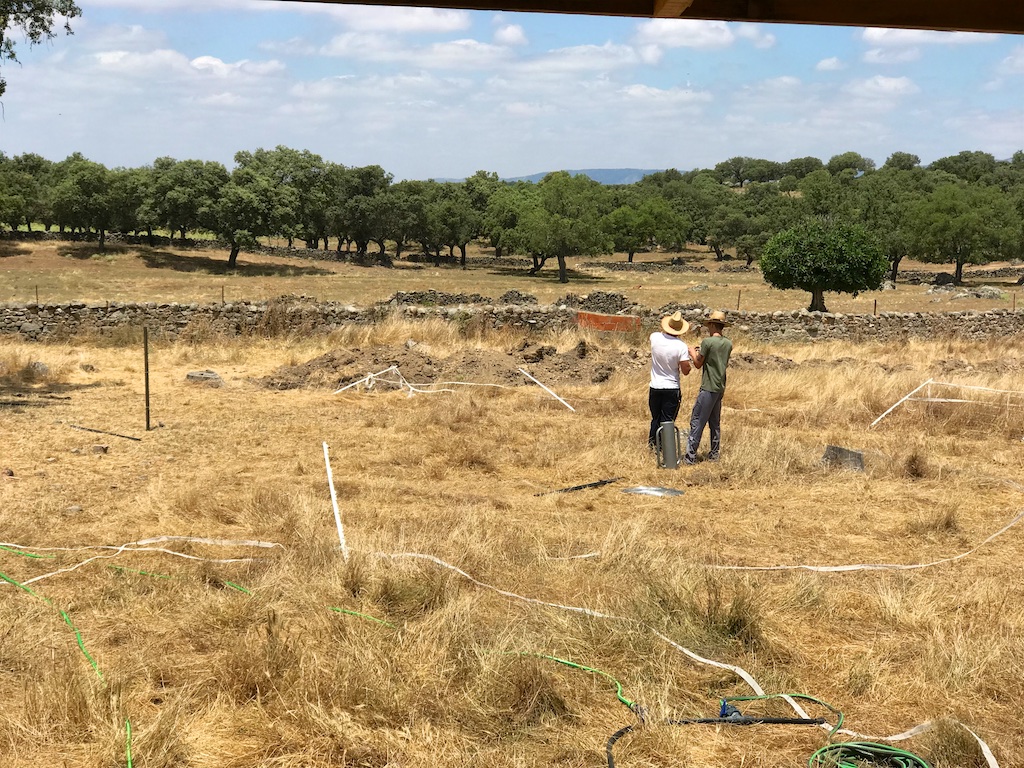 Initially we wanted to continue to use the electric fence - the white band on the ground - but had to learn that it doesn’t work very well with the dry soil we now have in July. With those escape artists we decided to put up a more solid metal fence. The guys also built a simple door for easy access by humans. 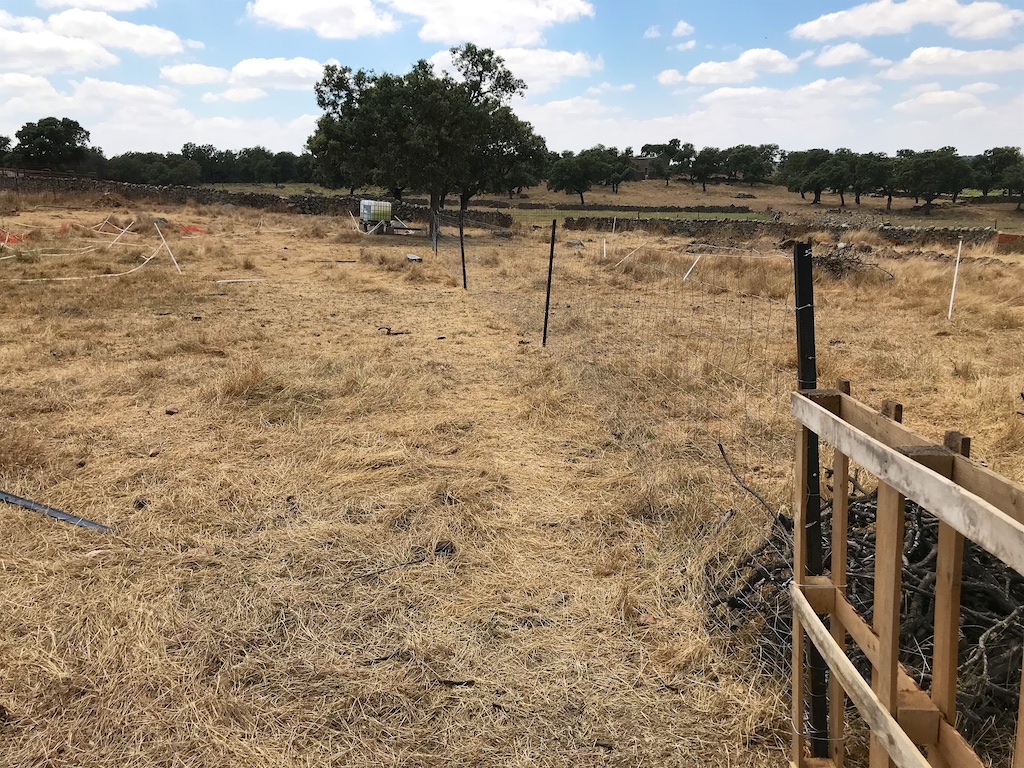 The escape artists were brought back and kept a little while in this area. 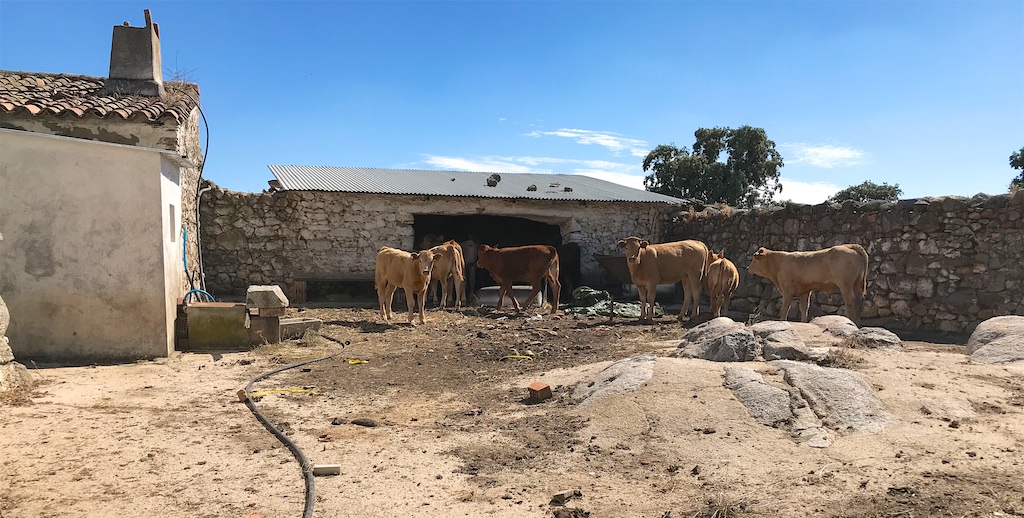 Here are closeups of these kids: 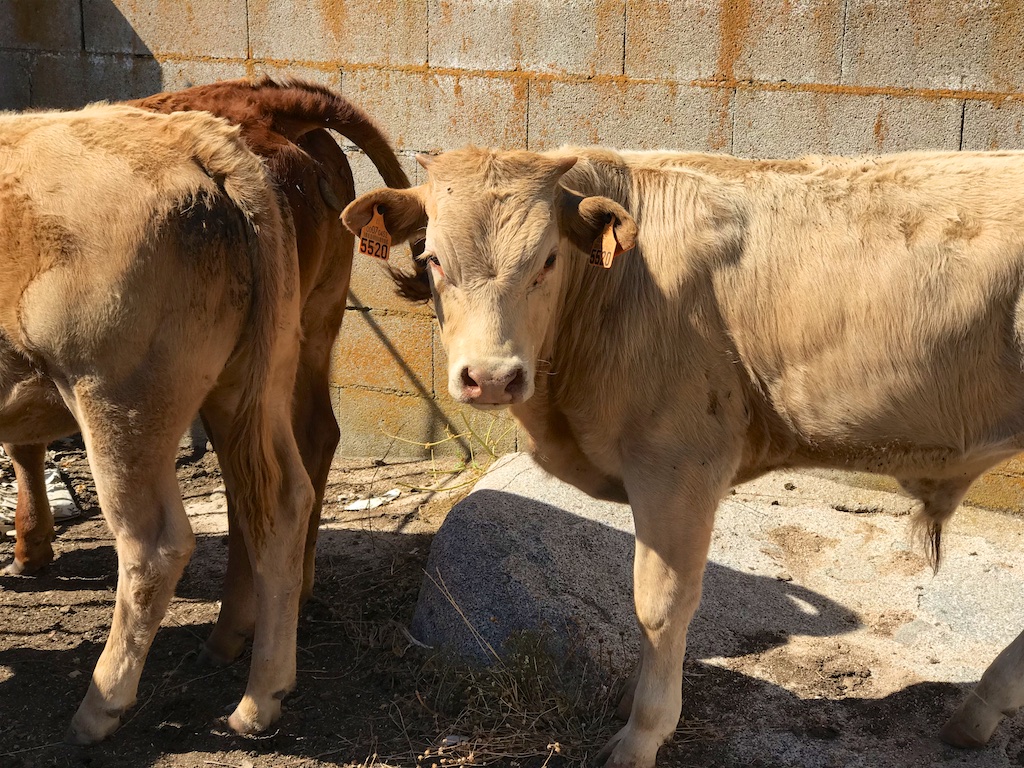 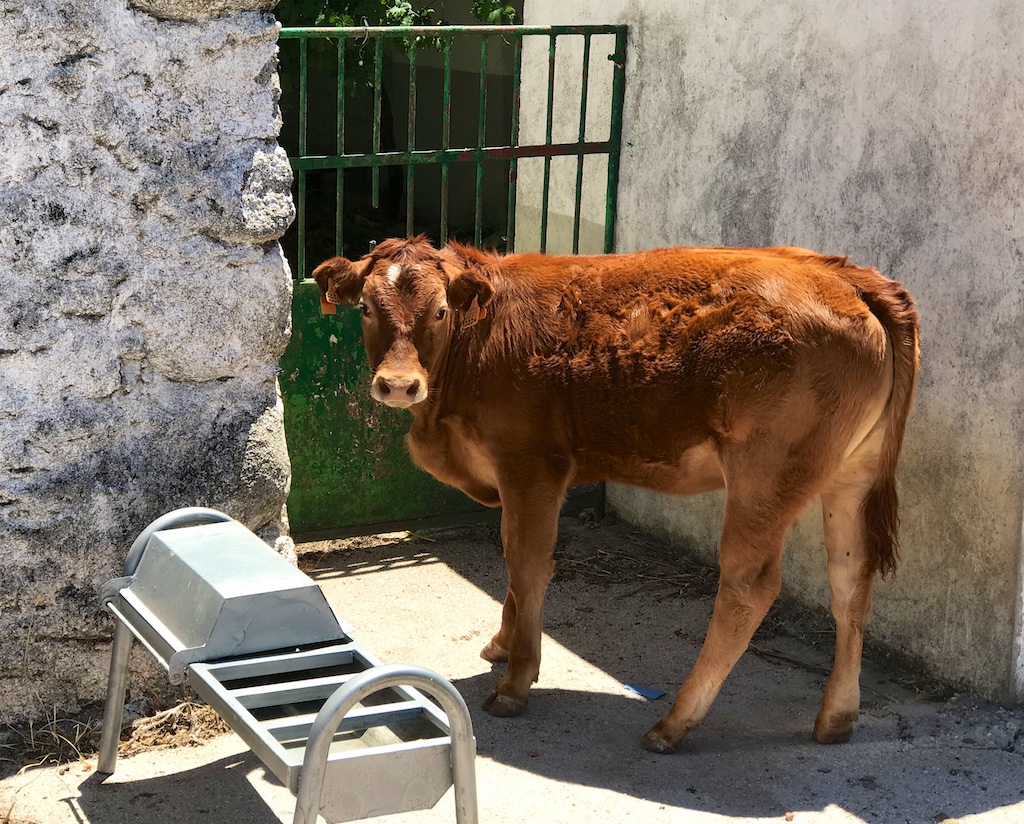 There was another section of the wall between us and the neighbor where one of the kids decided to jump up. So we fixed that as well.

Eventually everybody was happy at their new home and all species are grazing together. 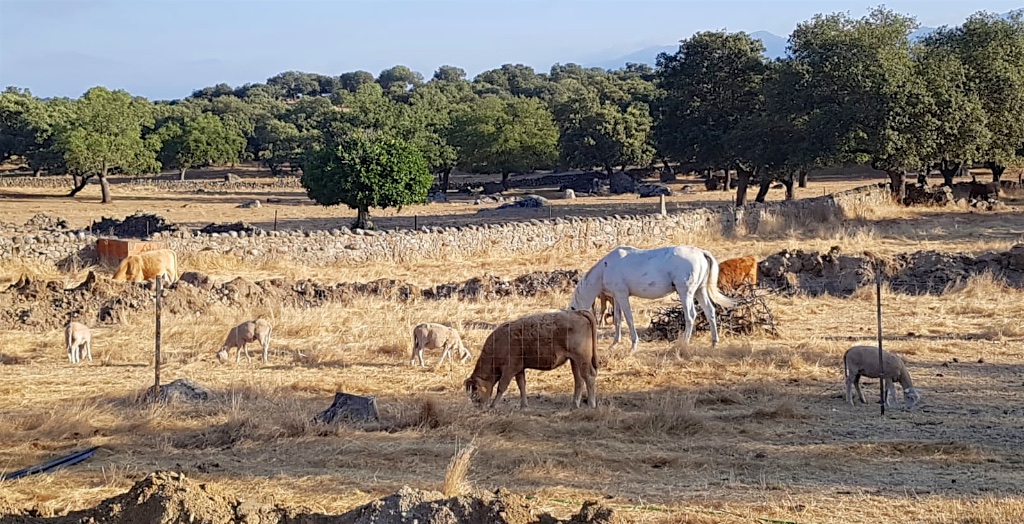 There is an opinion out there that one should not allow different species to share the same space. Others say that’s what you should do. The discussion usually is connected to disease control and sanitary issues. I don’t know yet but I do know that nature does not separate species as humans would do. We are learning about how to apply Permaculture and Holistic Management and will see how this is going to work out. Usually problems arise because a human has changed a system and created some unwanted effect by leaving out an element that used to control something which now, in the absence of the removed element, can thrive and cause a problem.