The good news is: I’ve become a pilot again.

After 17 years I’ve recently renewed my German Private Pilot License (PPL) and done a step up towards flying more sophisticated aircraft than during my earlier times as a pilot. When I first went solo I used to fly a Piper PA-28 aircraft. Its design is from 1960 and it wasn’t very fast. But it was fun to fly and it took me and passengers to many places including trips outside Germany to cities like Brussels (my first trip outside German airspace) and as far as Budapest in Hungary through the Alps.

Now in my second career as a private pilot I’ve gone solo in a Cirrus SR20 aircraft. Its design is from 1995 and it is fast. That fast that one has to slow down in the traffic pattern around an airfield in order to avoid running over most other aircraft. And it isn’t even the fastest one in its class. There is a bigger brother called the SR22.

So this is me during my first solo flight on my way to Berlin. If I look quite concentrated and a bit tense it is just due to difficulties of taking a self portrait using a cell phone camera in bright sunlight. I was actually enjoying being at 7500ft above sea level on my first solo. It felt great. 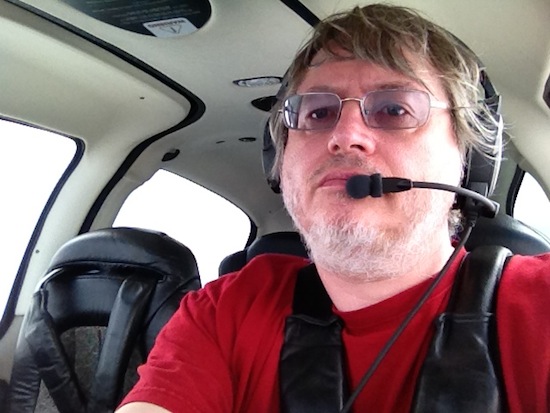 In front of me I had two TFT computer screens instead of the round instruments of the past. Since my very early experience with a Garmin GPS 100 more and more software has been integrated into small aircraft. Now an aircraft such as the SR20 has what is called an EFIS. The letters stand for Electronic Flight Instrument System. The sensors for attitude, speed, temperature, etc. are still the same but the integration with communication and navigation systems has created a total different experience for the pilot. It does resemble a bit a computer game. But let’s not spoil this by looking at the challenges and risks due to that at this moment. 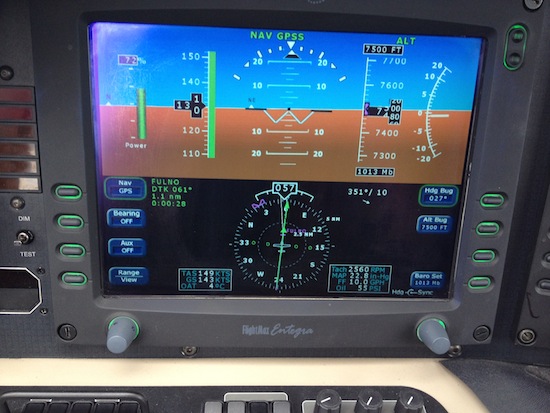 On my way to Berlin I decided to go over the clouds. Being on top of clouds is always a great feeling. It’s so peaceful of there and clouds from the top look so beautiful. However, they might be quite nasty on the inside. Flying VFR and not being instrument rated I, of course, have no first hand experience of how nasty a cloud might be on the inside. Actually I’m supposed to stay clear of them and I do.

After a little while the clouds below me disappeared and I had a clear view onto the Elbe river and the widespread flooding that occured due to heavy rain over several weeks. 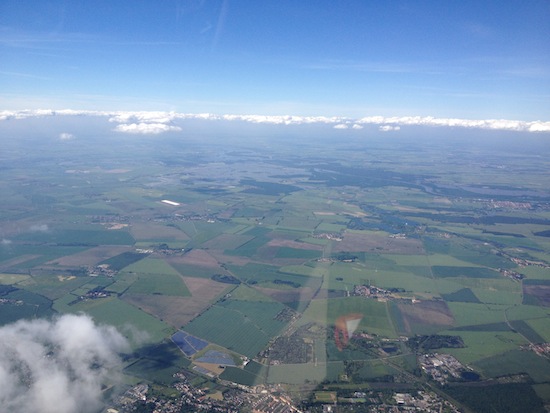 As this was my first solo flight in that type of aircraft I didn’t want to put myself under pressure and flew to Berlin the day before the event I wanted to attend there. The ideas was to have plenty of time with no reason to make it other than to enjoy the trip. After I arrived with time to spare I enjoyed the Scrum Day event on the 11th of June and meeting friends there. In the afternoon I returned to the airfield and took of for another flight of 1:40 hours to land close to my current client’s office where I stayed for the remainder of that week. I can say with a grin that I actually managed to fly to work :-)

On Friday I left my client a bit after noon for a short flight back home. It took me about 50 minutes to travel from Meinerzhagen back to Egelsbach (Frankfurt area). 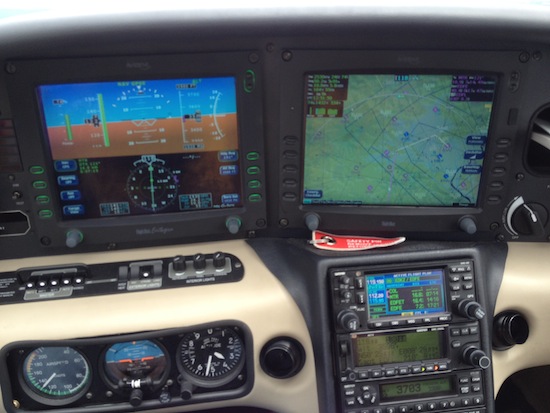 Unfortunately in the vicinity of my current client there are no paved runways. There is a grass strip close by but it is short and the Cirrus SR20’s manual states that soft field operation is not recommended. That means I had to use a taxi and spent about 45 minutes to travel to the only suitable airfield in the area. Back in Egelsbach it takes me another 30 minutes to get back home. So it takes basically the same 2:30 hours to fly as it takes to drive. And it’s significantly more expensive.

However, on my recent trips to that client I found myself quite tired due to a lot of traffic jams. What could be a 2:30 hours trip actually ended up being something like 3:30 or even more.