We cannot do this

Since I started helping other software developers to improve their work I get told frequently “We cannot do this” when I propose a new technique and my response is always “Have you tried it?” In the reply they present all kinds of reasons why “the company”, “the management”, “the boss” or some other functional unit within the company will not allow it.

Recently I used the following slides to help them deal with their fear. The reactions were positive so I want to share it. Maybe it can help others too.

I start by letting them know that I understand and sympathize with their current perception.

I do understand that you are part of a larger system and from your point of view you cannot do what I want you to try. But look! Your boss is also part of a similar system. In fact his system is also part of other systems. Probably it can be drawn like this. 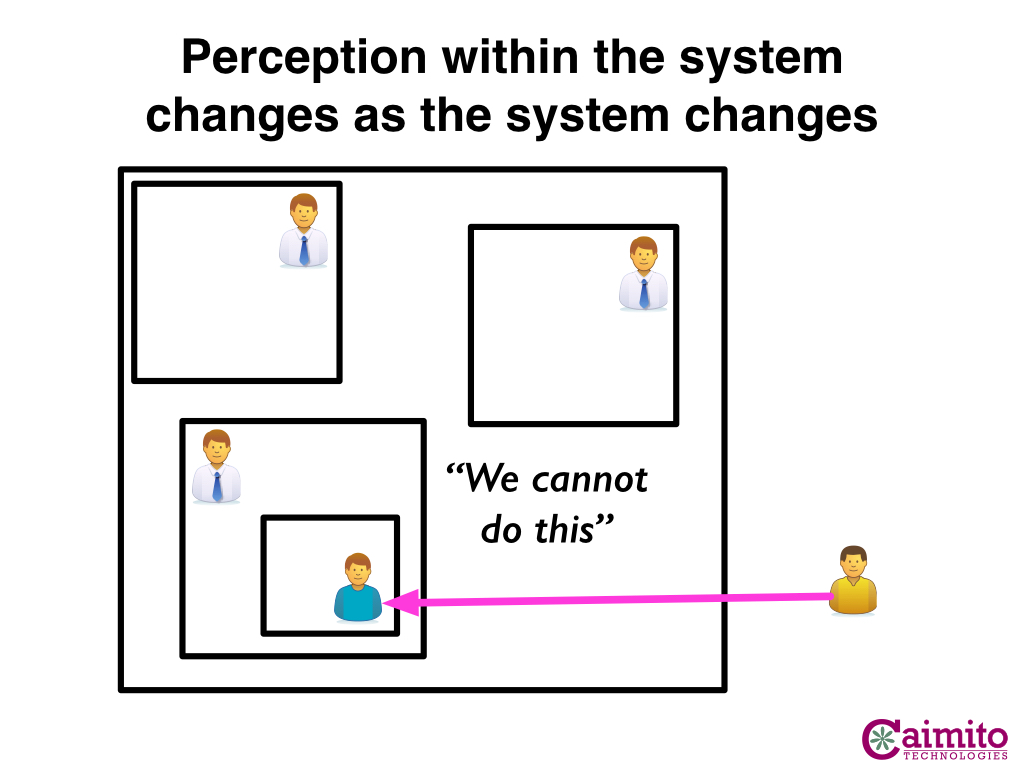 Then I step back a bit and try to find something that we can try and that is very small so that it passes below the fear threshold of my coachee(s). I tell them openly that I want them to try a small thing as an experiment to - maybe - influence the system their boss is in. 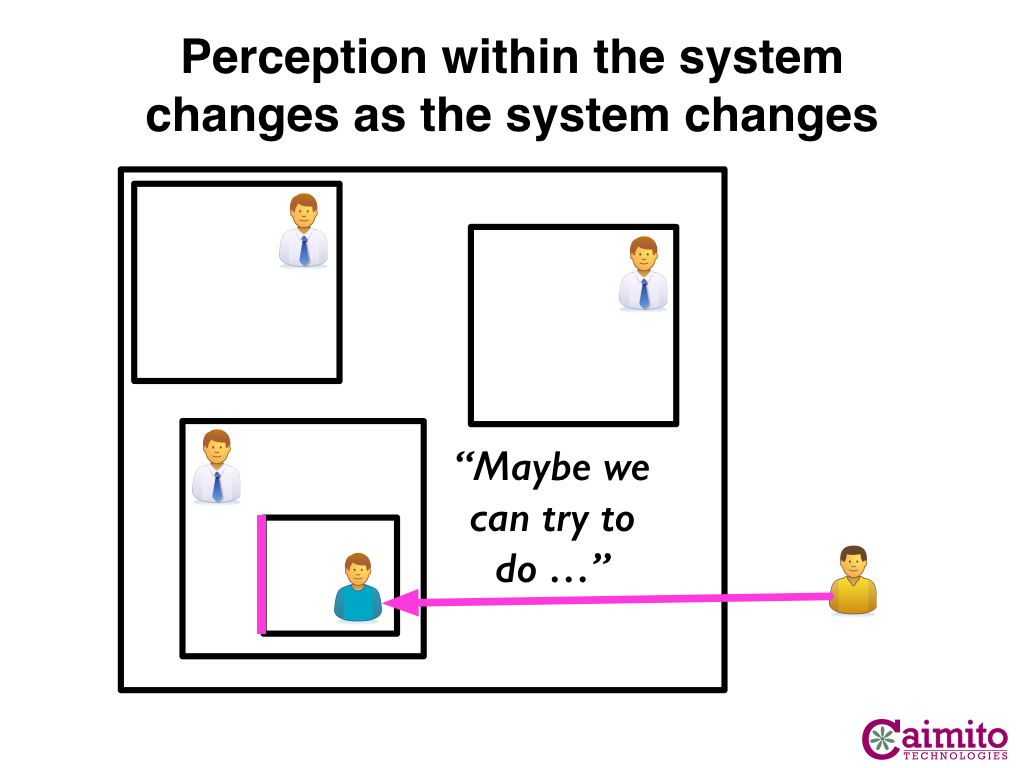 Maybe we change his system a little bit. If he doesn’t like it, he will let us know. But then he may like it or at least not stop us from trying. That’s not dangerous and if we make sure that we can show the benefits of it …

I go on to promise that usually bosses, when they see benefits of something, will tell people to continue and eventually the boss may actually demand to experiment more. 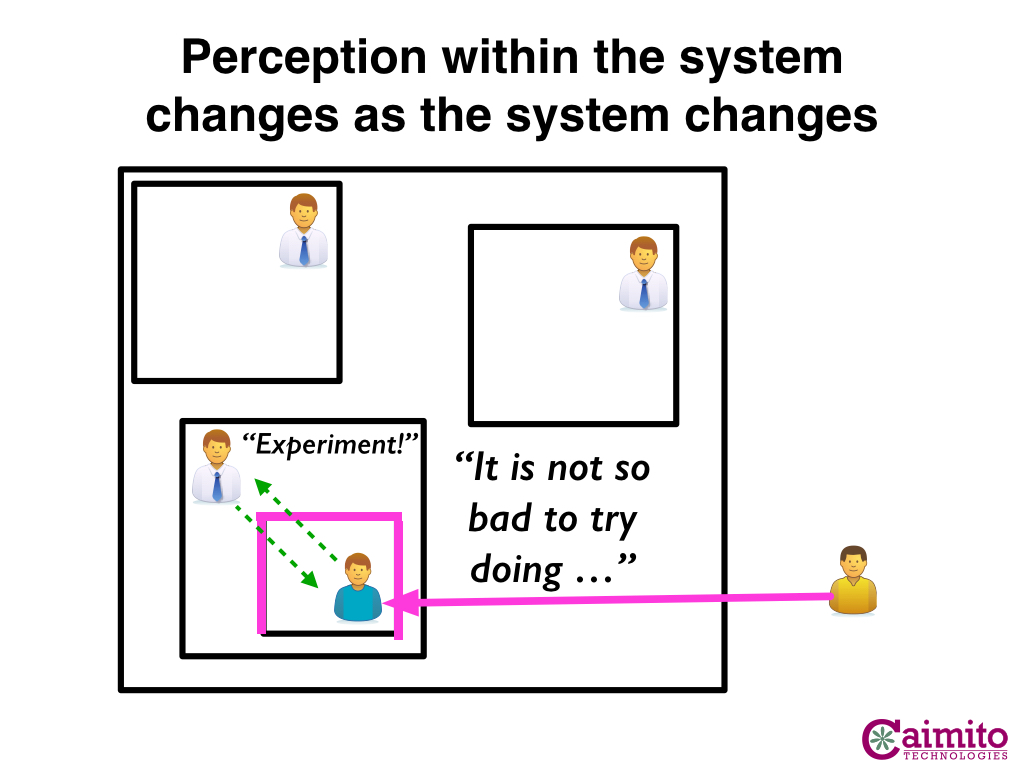 When that happens, then the system my coachees are in has already changed quite a bit. What used to be an environment of We-Cannot-Do-This has now become an environment where experimenting and decision making based on facts have become the norm not the exception.

However, the first step is the hardest.

I promise them that eventually they will encourage their boss to approach his peers trying to influence them once they have changed their relationship with the boss from fear-based to trust-based. 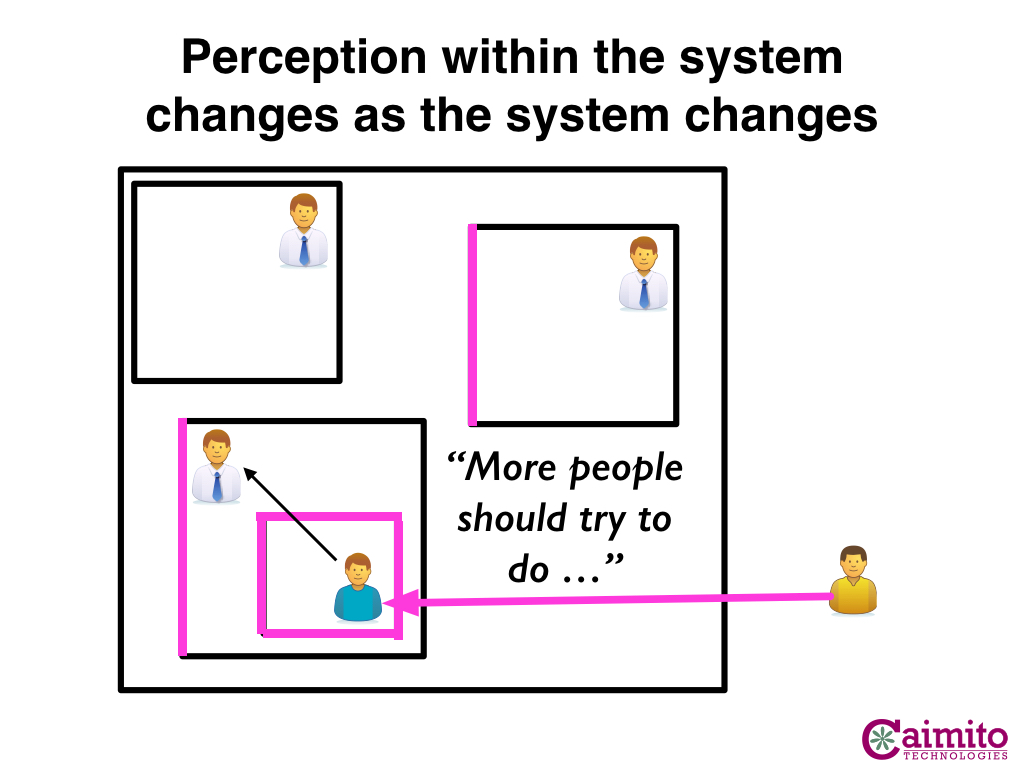 And eventually the boss will be in the same position as they once where when he starts to influence and change the systems around him. 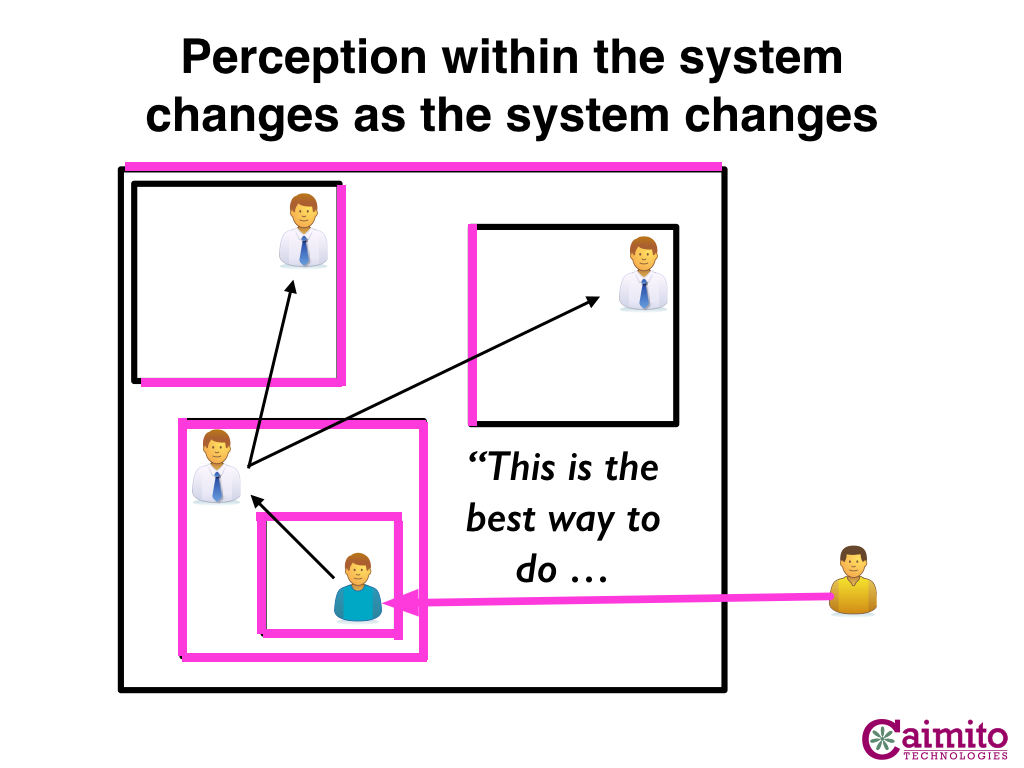 How culture works is not widely known

Culture surrounds us like water surrounds fish. Similar as to how fish probably don’t know anything about water, most of us don’t know a lot about how culture works.

Since I started in 2004 to live on planet Earth (five countries on four continents) I’ve learned a good deal about culture. When you frequently live and work in very different countries and keep an open mind, you will start to see a pattern eventually. Now that I discovered a pattern I also appreciate a number of efforts to teach people how culture works.

One that I want to mention is a workshop at XP Days Benelux in 2012 where two coaches gave an introduction to the work of Geert Hofstede and where the participants were able to role-play using a number of artificial cultures.

Another effort I like to highlight is the Culture Fitness Training offered by Olaf Lewitz.

I’m thinking that at the beginning of a team coaching engagement there should be such a culture awareness training for team members and the people around the team. The time allowed for this might be very limited. Maybe just two hours. That should still be enough to explain the basics of culture mechanics and to do two rounds of role-play using Hofstede’s artificial cultures so that people can feel the effects of culture in their own flesh and blood. Then everbody may be more open to suggestions about actively changing their own behavior.