It is moving day

When we first moved to the Cordoba province in Andalucia of southern Spain we rented an apartment for a year. Just to have a base. The idea has always been to be as soon at the future farm as possible instead of getting comfortable somewhere else. However, at that time we didn’t close on any land yet. It took a while to do so. One contract fell through but the second attempt for a different property was successful. It then took a while to get organized and around Christmas time of last year we began with some construction work.

The one year in the apartment ran out and we could not renew the contract after the end of July. Thankfully the house at the farm was in a shape that allowed us to “move in” - well, sort of - and so we began packing up our stuff and moved it in several steps to the new place.

We put some plywood onto the floor to provide for some additional strength to support the load of household appliances. Eventually we will have a heated floor but that is the last step. I should mention that a heated floor can be constructed in many different ways. We will use a dry-install system that does not require mortar and therefore the floor is really the last step after everything else is done. 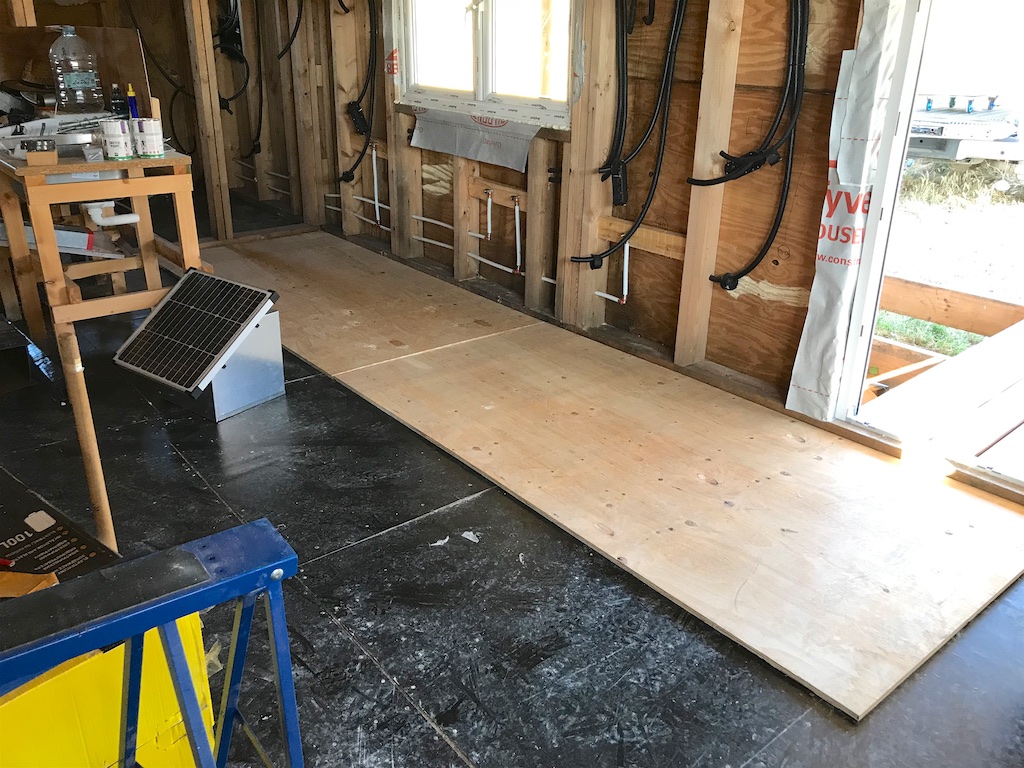 In the first run we brought over the heavy appliances and made ourselves a temporary kitchen aisle. 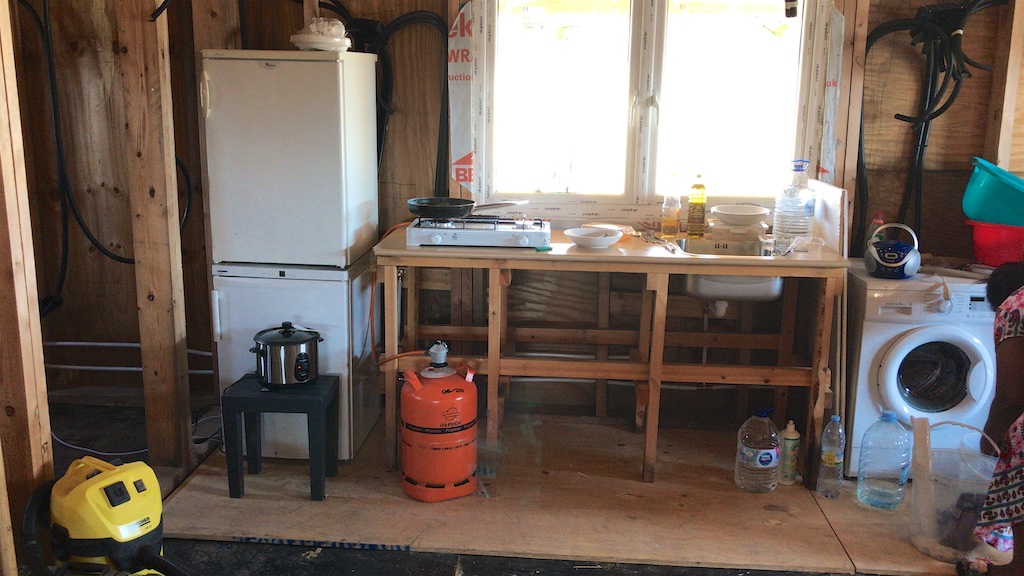 During the second run we moved some furniture. 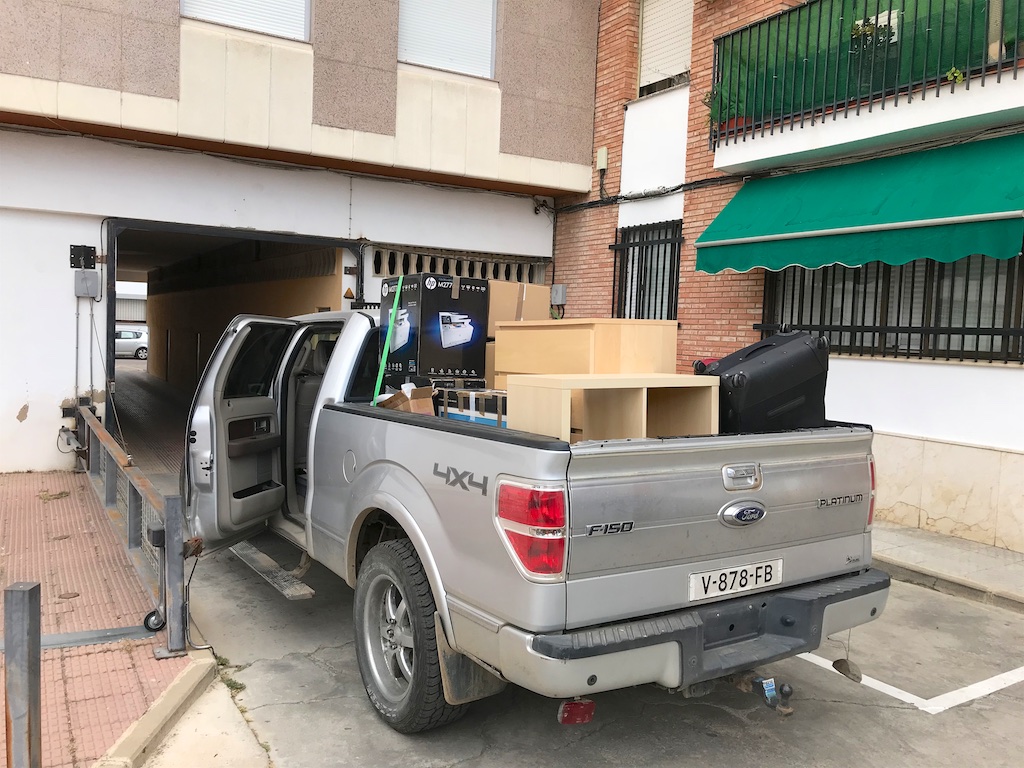 … and during a third run some more furniture. The American pickup truck proved useful once again. It does have a lot of space and really makes us totally independent from other people and their services. We’ve moved probably now 30 times and in 70% of the cases it wasn’t a pleasant experience when a moving company was involved. We even lost furniture when using a professional service. So do-it-yourself is a good concept for us. 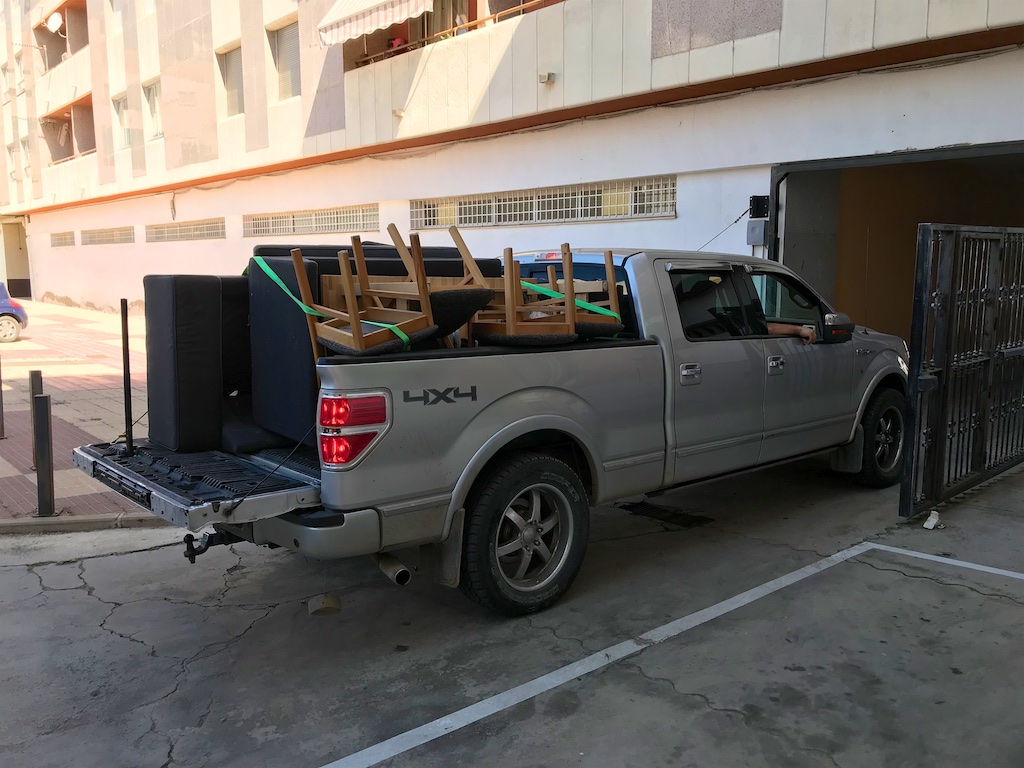 We have a small solar system that provides enough power for the refrigerator and freezer. It also allows us to use the rice cooker. It’s a start but of course the system will grow as the load grows. We are not living there yet but at least we can spend the whole day at the place and have a warm lunch. 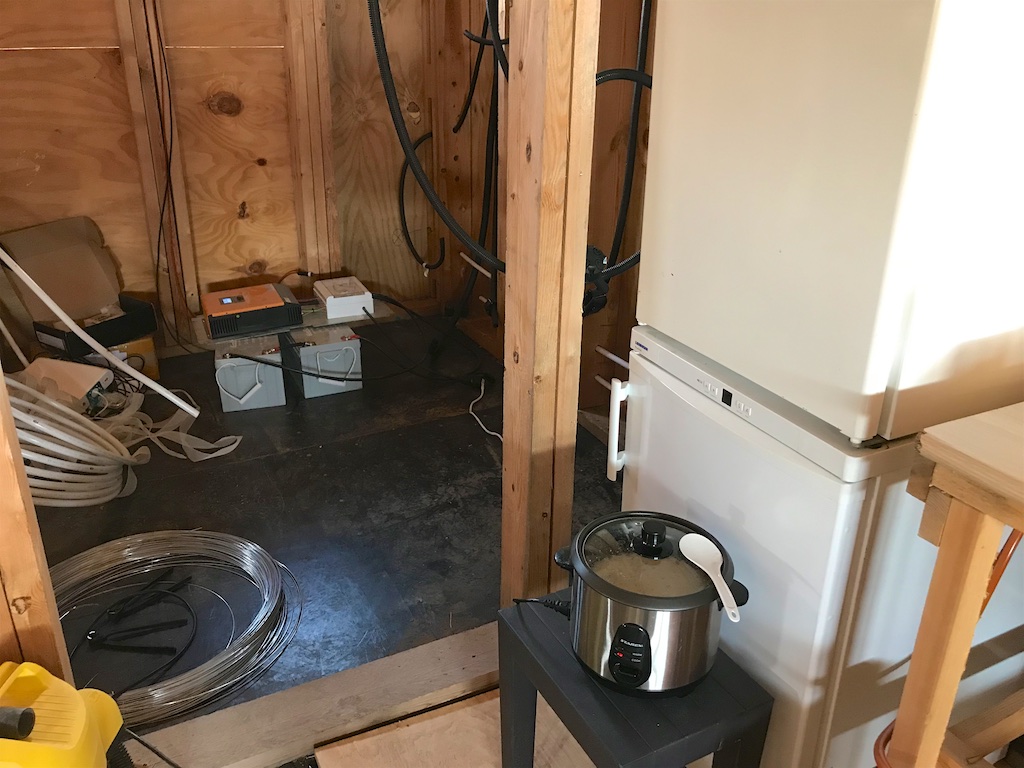 It looks a bit weird to be moving furniture and boxes into an unfinished house. But it’s our house and so it is good. 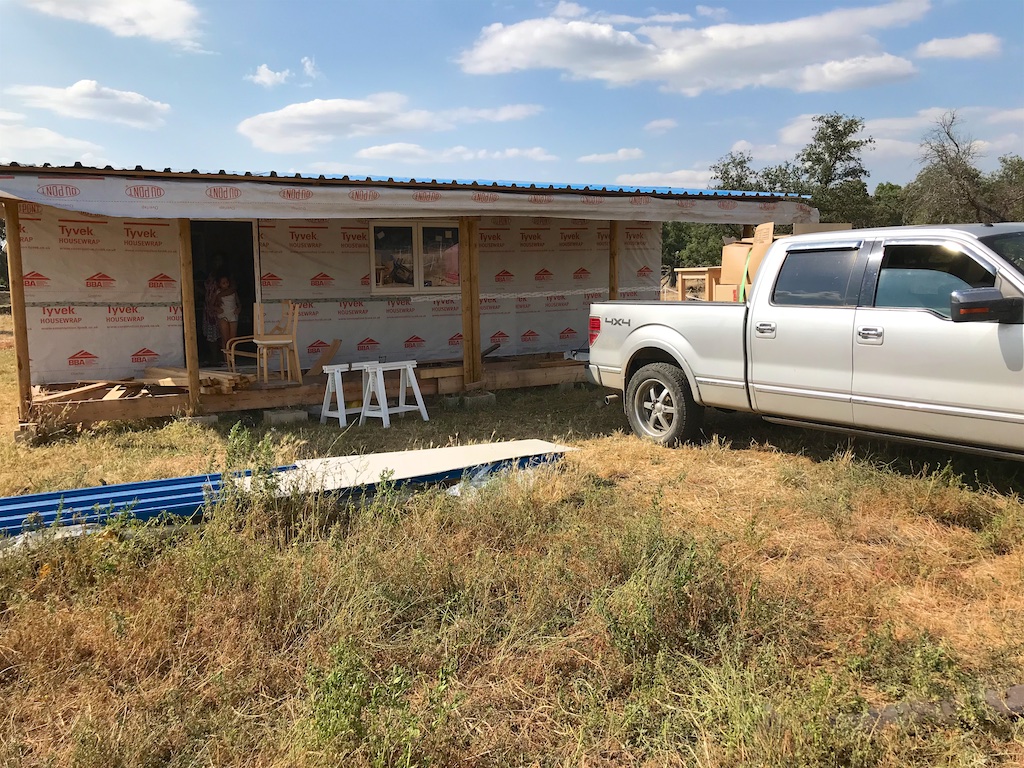 On the inside we will have to move things around a bit while we install drywall. We try to finish one room completely and then move stuff over so that we get minimum exposure to white drywall dust. 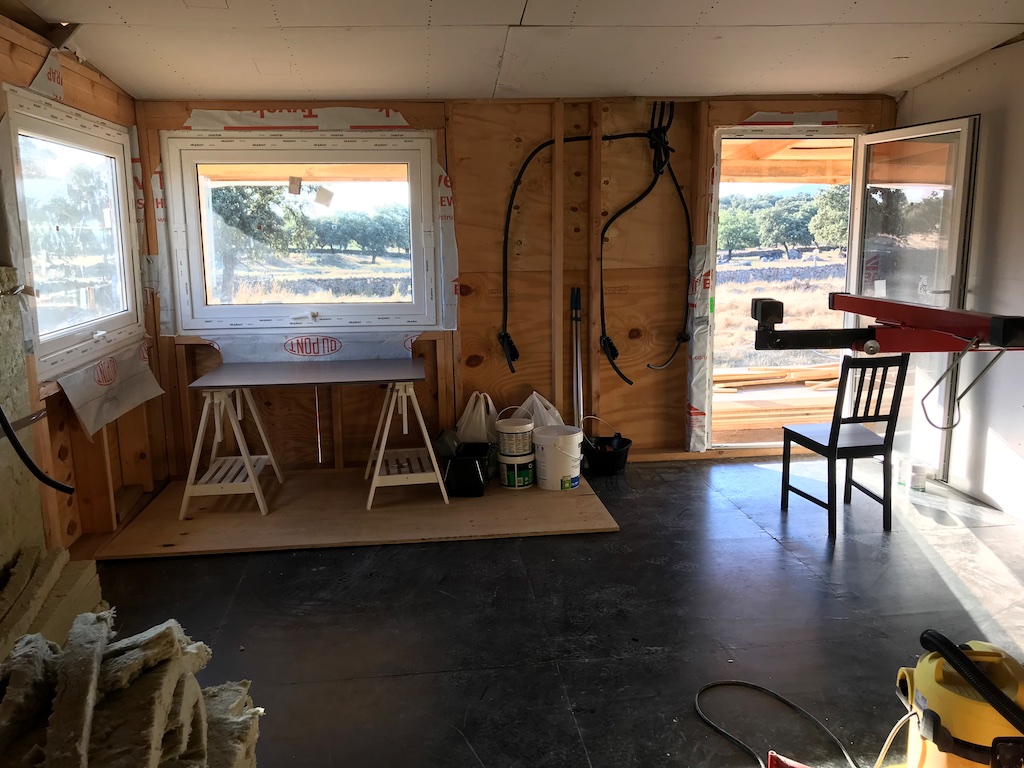 The mineral wool insulation is working well even without the last layer of drywall. This is our temporary eating area. Later on this is going to be the bedroom. 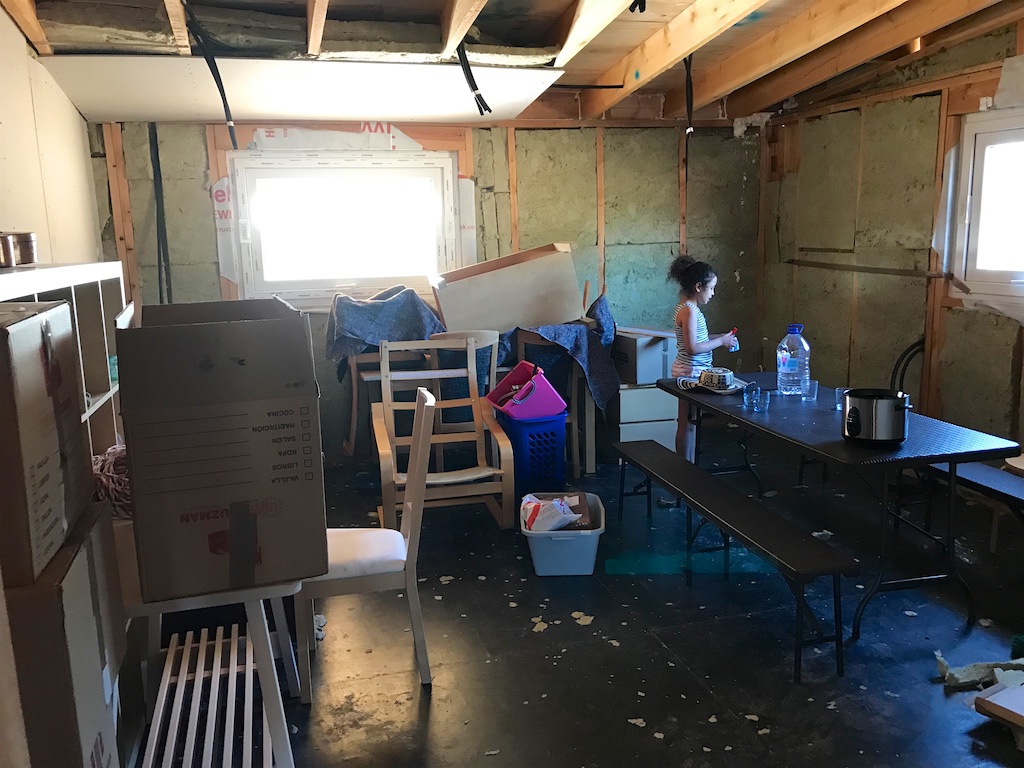 And from now on there will be no more cutting of drywall inside the house. 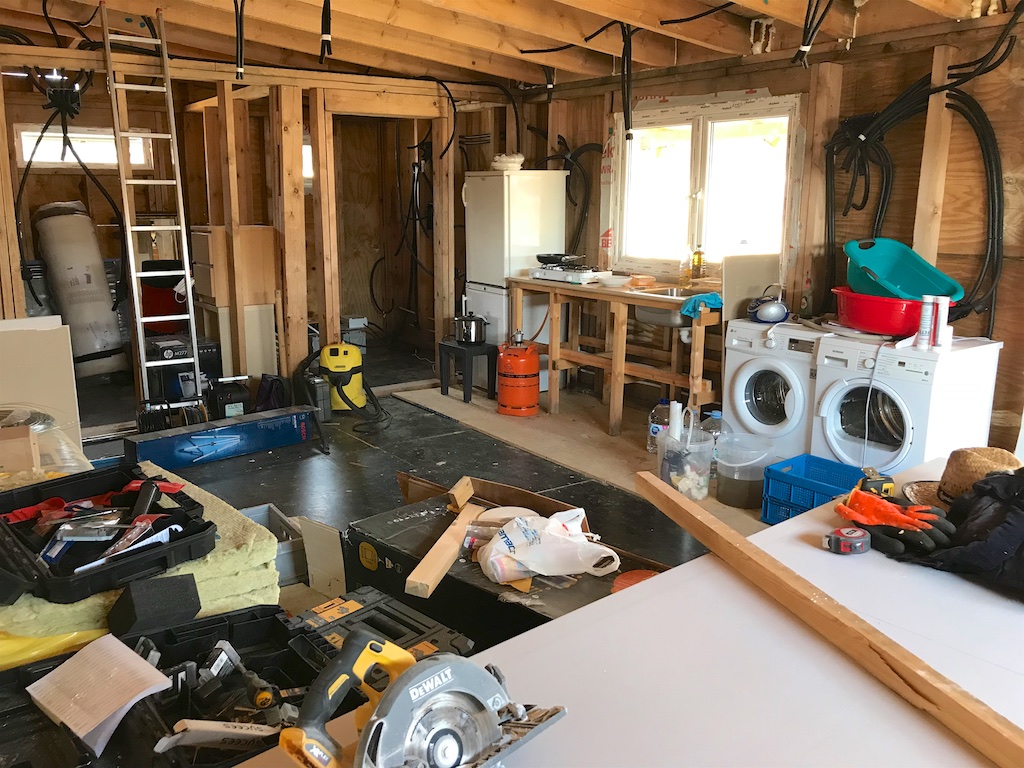