This time above the clouds in the sunshine (EDFC - EDAZ)

As before I departed this morning from Aschaffenburg to Berlin. This time the flight was in the sunshine above the clouds instead of in or under the clouds in the rain. The flight plan was:

At 8:23 am the weather at Aschaffenburg looked quite nice: 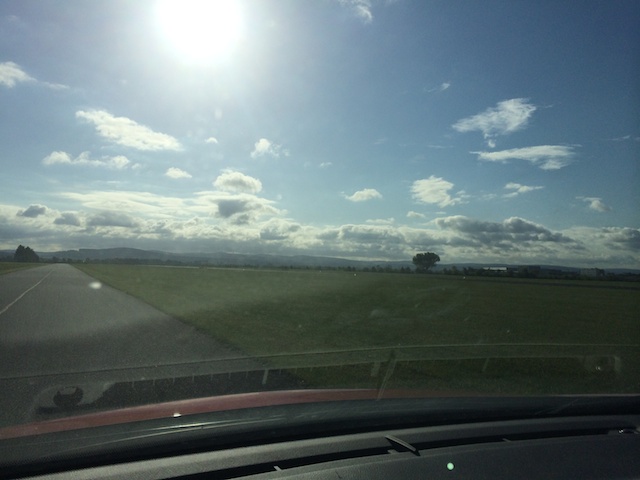 After the IFR pickup climbing through 5,900ft at an outside air temperature of negative 3 degrees Celsius towards ERSIL. 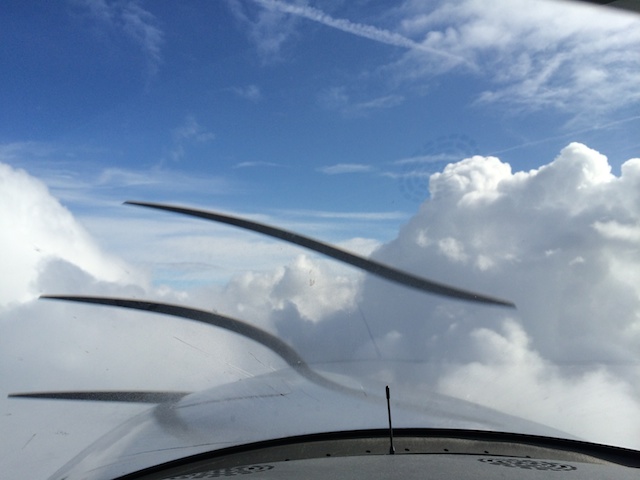 Level and direct destination EDAZ at FL90. The temperature outside was now -6C. 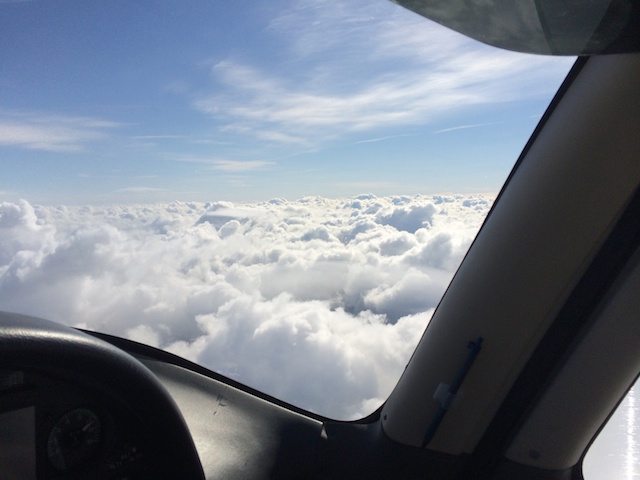 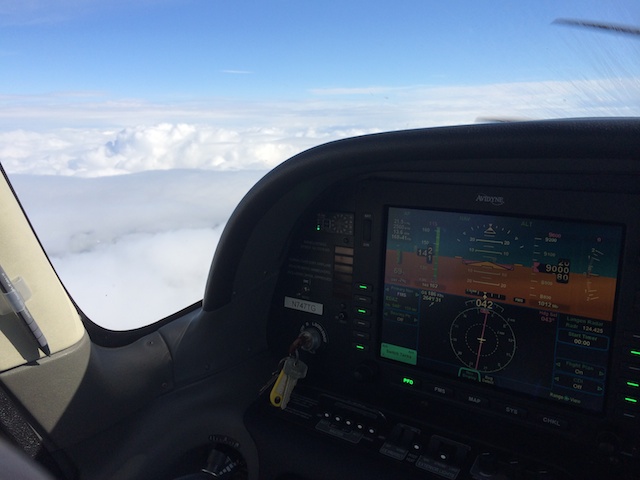 Looking through some holes in the clouds to the ground from FL90: 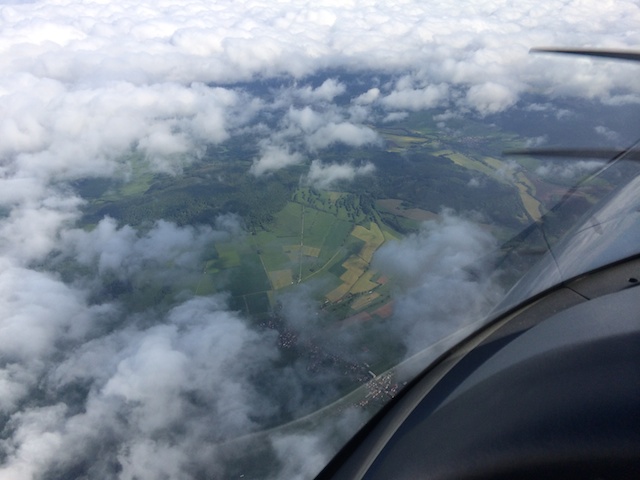 The cloud layer disappeared some where at about the midway point of the flight. 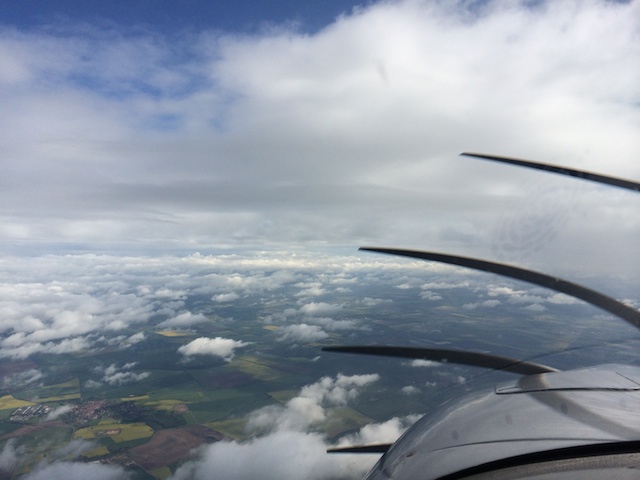 In the distance there was a thick looking cloud. I thought it might contain a lot of water and requested a descend to FL70. 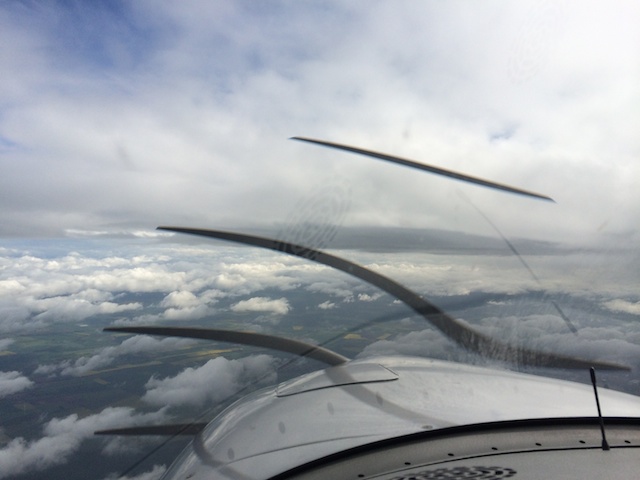 About 50 NM from the destination the clouds reappeared and got a bit thicker. 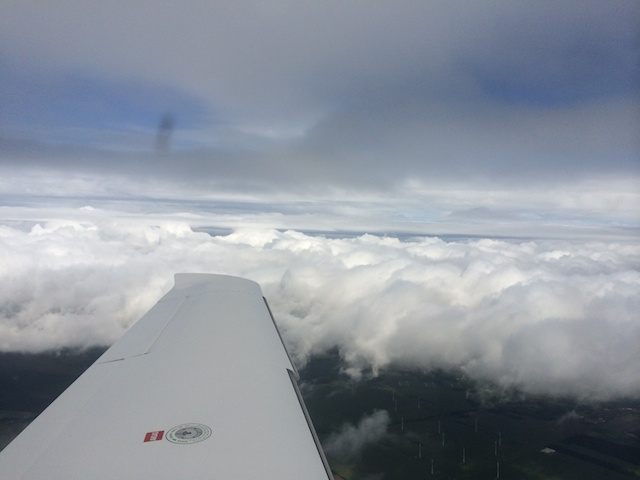 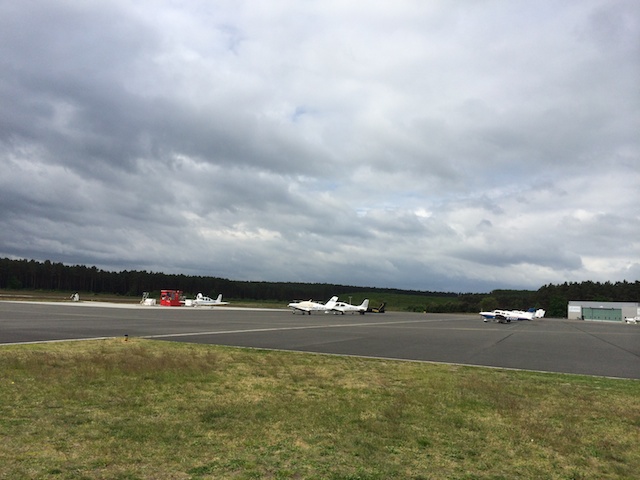 All in all it was a pleasant commute to work. The only challenge appeared when shortly before commencing the descend into the destination the dual GPS failure showed up again. Somehow there must be something on board the aircraft that interferes with the GPS receivers of the Avidyne R9. Interestingly the GPS on my iPad worked all the time without trouble.

So when the message “Dual GPS failure” appeared on both screens I turned them off, one after the other, and after the reboot and quick realignment the GPS worked again.

Until a few minutes later the problem appeared again. This time I was descending through the clouds and that is really not a good time for such troubles. Luckily I became VMC shortly after the event and as the visiblity beneath the clouds was quite good it was not something to be concerned about.