Shortly after our departure from Ostrava-Mosnov we climbed to 7500ft to be well above any and all obstacles and terrain. Our flight place took us over some mountains with the peaks up to 5800ft high. The clouds above us were probably at 10,000ft. 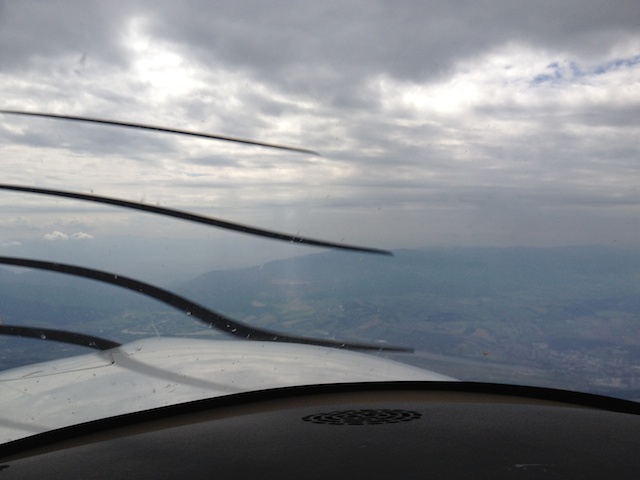 A bit further into the mountains visibility improved. By now we were over Slovakian territory and I was in contact with Bratislava ATC. The very friendly controller offered to climb higher into class C airspace but at this time I declined due to the clouds above us. 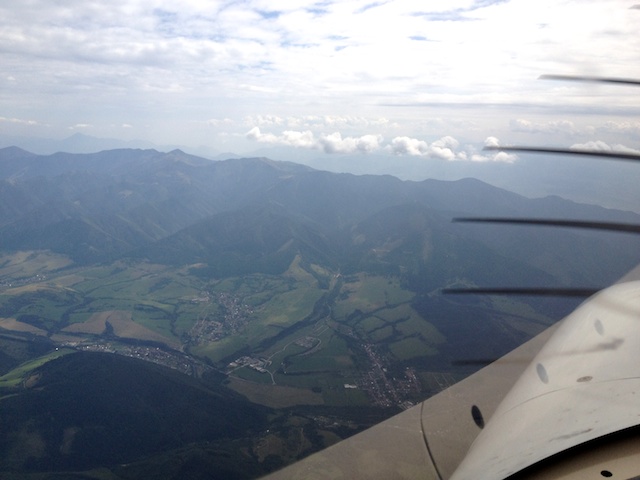 As you can see from the map on the iPad we were also off the planned course. Bratislava wanted us to proceed direct to the waypoint DEMOP which is the exit point from Slovakian airspace. That was a nice service as it cuts flight time and therefore cost. 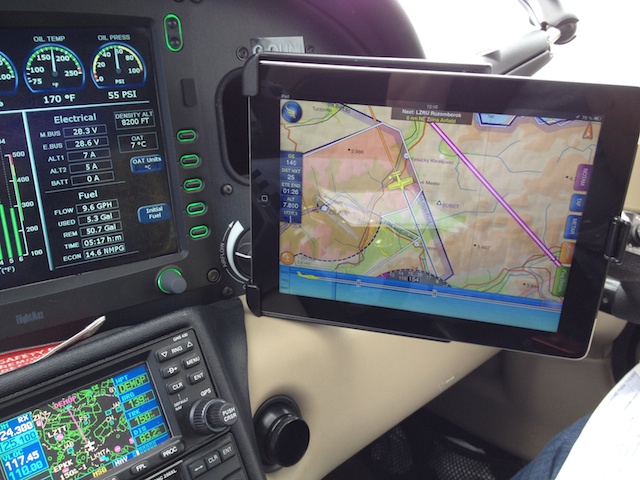 However, a bit further ahead the clouds were on the same altitude as we were and the straight line direct to DEMOP would have taken us right through them. There were still clouds above us and so I let the controller know multiple times that I will deviate a bit to the left and right to avoid the clouds. 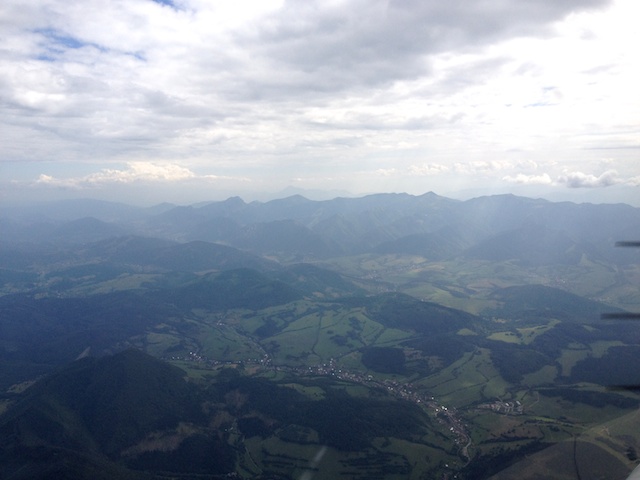 He again offered a climb to a higher altitude but only later I was able to accept when the cloud layer above us disappeared. 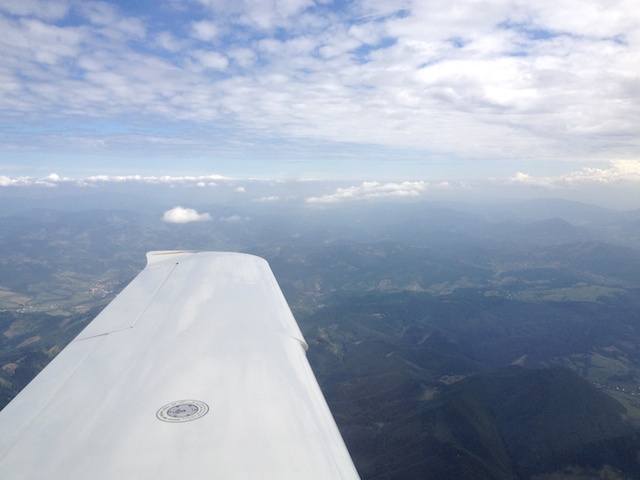 Eventually we left Slovakian airspace at 9500ft and I was handed off to Budapest with 106 NM or 46 minutes to go to our destination Szeged. 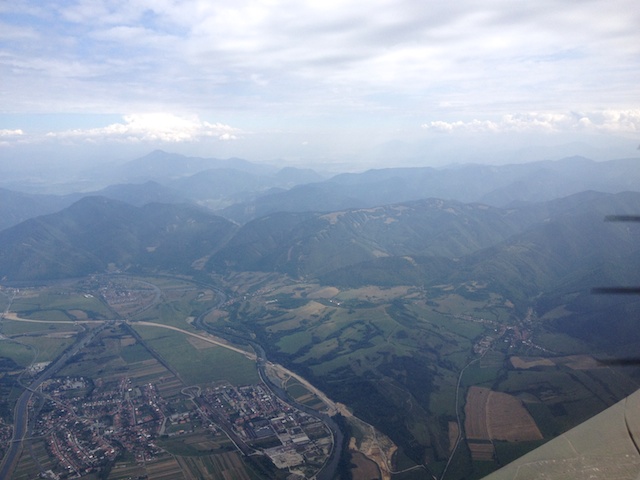 The whole experience has been a bit like flying IFR. We were on a flight plan with a predefined route. There were entry and exit points and we were in controlled airspace. At one point the Slovakian controller wanted me to switch to another frequency as it appeared on his RADAR that we were about to enter an airspace not under his own control. That was when I had to change the heading a bit to avoid clouds. I told him that I would return to the original course towards DEMOP in one minute and his reply was “in that case stay with me” and so I did. 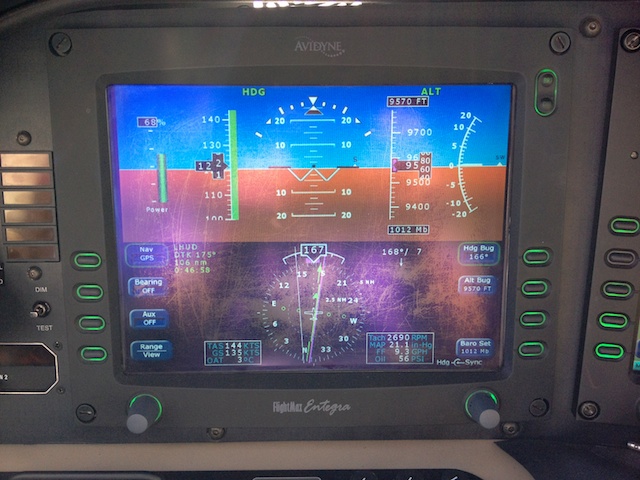 After the hand-off to Budapest the flying IFR experience continued. There was no need to leave our crusing altitude or ask for permission to enter other controlled airspace ahead of us. The controller in Budapest had coordinated everything for us. 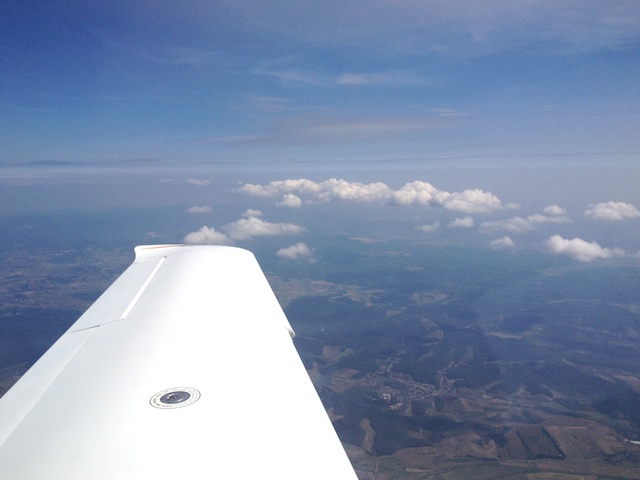 30 nautical miles into Hungarian airspace the clouds were a bit lower than over Slovakia. We were over the great plains - “puszta” in Hungarian. To avoid the clouds I started a step-down descend all the while in radio contact with the controller from Budapest. 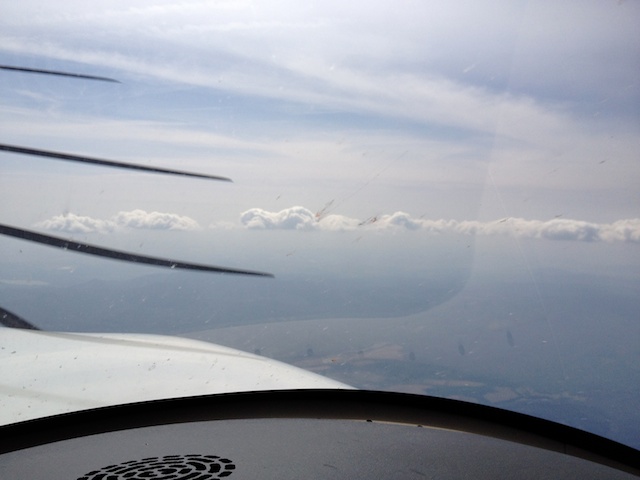 The Szeged airport is at an elevation of 299ft MSL. I had planned my descent down to 2000ft. Whenever I am not familiar with an uncontrolled airport I like to arrive well above the traffic pattern and only descend further after I have positively identified the airfield. Many years ago before GPS was available I once landed on an airstrip that seemed to match the description given to me by the man on the radio. It turned out it was an improvised landing strip for crop dusters - the same type of crop dusters parked at the other airfield too.

When I finally had the airfield clearly in sight we were too high for a landing so I overflew it and joined the traffic pattern from the other side.

Here is our aircraft parked on the hard soil covered by dry Hungarian puszta gras. Also this is considered a soft field it feels like moving on asphalt. 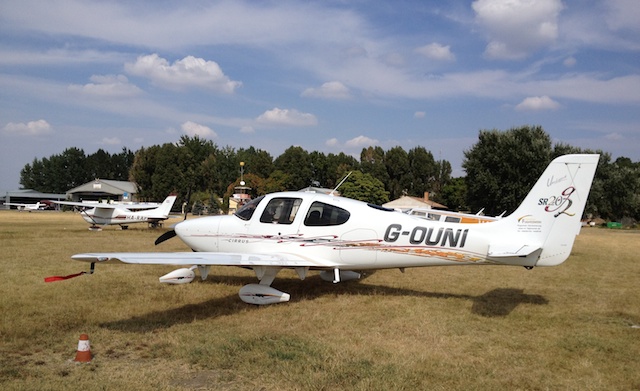 The crop dusters I just mentioned from a past experience were pretty much like this airplane - only yellow.

They had all kinds of interesting airplanes and helicopters around. This one later took off. The engine start required several attempts with thick smoke coming out of the exhaust pipes. 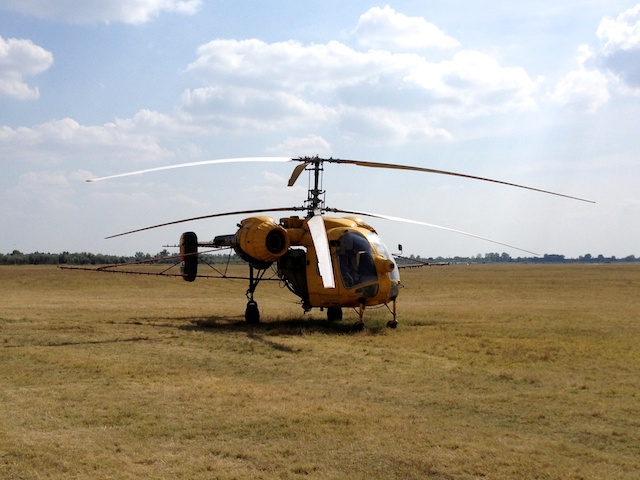